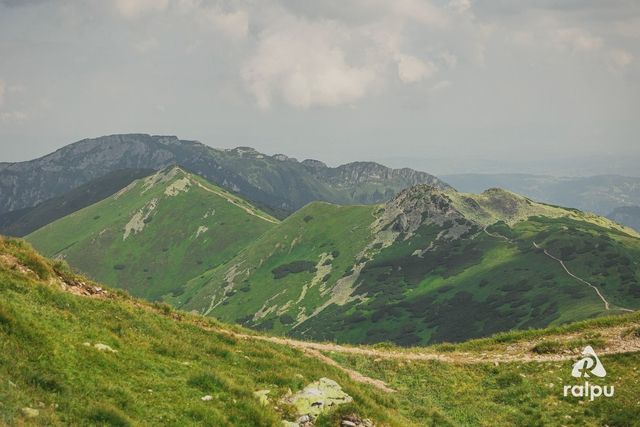 This year’s WMRA World Cup is more international than ever, with races in 12 locations in 8 countries. Poland is making its debut as a World Cup destination in 2021 but it’s definitely making a good impression. It was the destination for stage 1 at Tatra Race Run and now stage 4 at Tatra SkyMarathon.

Tatra SkyMarathon is one of this year’s World Cup’s 6 long mountain races, at 40km with 3300m of ascent. And that ascent comes in two huge climbs, so the runners had two relentless 1000m uphills to deal with, followed by 1000m descents on a mix of terrain ranging from forest tracks to rocky, technical mountain path.

Both the men’s and women’s fields were wide open, with a real mix of experience in there. There were runners who’d already achieved success at Tatra Race Run (Charlotte Morgan (GBR), Raul Criado (ESP), Iwona Januszyk (POL)), runners who finished in the top 5 at last year’s Tatra SkyMarathon (Peter Frano (SVK), Andrzej Witek (POL)) and runners who were hot on the heels of recent success at other races (Marcela Vasinova (CZE) at DoloMyths Run). This was really anybody’s race.

The conditions were hot and humid, which made it difficult for the runners, but at least the skies were clear so the runners could appreciate the stunning course. The conditions led to some high profile DNFs, particularly in the women’s race where we lost Iwona Januszyk, Miroslawa Witowska (POL) and Dominika Stelmach (POL), all of whom were expected to feature highly. By the first timing point at around 19k Raul Criado had broken into a lead in the men’s race. But he was hotly pursued by Miroslav Hrasko (SVK) and Peter Frano, just 1 minute 40 behind. At this stage in the women’s race Marcela Vasinova had struck out and held a 3 minute lead over the chasing Katarzyna Solinska and Charlotte Morgan, who were neck and neck. The race then began the second climb of 1000m, and subsequent descent, and this really shook up the men’s top 3. By the second timing point, just after 30k, Peter Frano had not only taken the lead, but he had stretched it out to 5 minutes over Andrzej Witek, with Raul Criado 2 minutes back from him. The women’s top 3 hadn’t changed but the gaps between them had, with 9 minutes now separating Marcela Vasinova (who was by now in 10th overall) and Katarzyna Solinska, then a further 9 minutes to Charlotte Morgan. Would the positions change in the final, flatter run in to the finish? You can see the current World Cup standings (these should be updated early next week) here: https://www.wmra.info/results/wmra-grand-prix-world-cup

Our next stop in the 2021 World Cup is a big one: Sierre Zinal on 7th August!