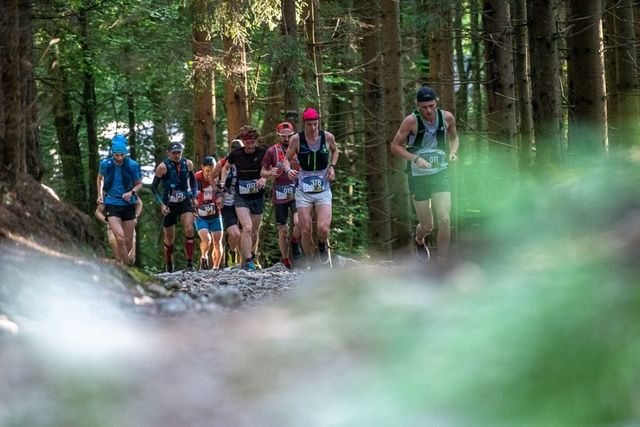 The hugely anticipated first race in the 2021 World Cup took place on Sunday 27th June, in Zakopane, Poland. Tatra Race Run was the venue for stage one and it was classified as a long mountain race, at 24km, with around 1700m of ascent.

The Tatra Mountains provided a stunning backdrop to the opening stage of the World Cup. The mountain range is the highest in the Carpathian Mountains, which span Poland and Slovakia. The area is a dream for mountain sport and we were really excited to experience it for the first time.

The race hub was at Zakopane, with registration taking place on the Saturday. Runners were transported to the start at Kuźnice for a 6.30am start. The route then took them through the Kondracka Pass and Czerwone Wierchy to the Tomanowa Valley and the Hala Ornak, and then through the Iwaniacka Przełęcz, the Starorobociańska and Chochołowska Valley to the finish line at Siwa Polana.

307 runners started, with 8 countries represented. Among the favourites were Italian runners Alice Gaggi, Bernard and Martin Dematteis, Lorenza Beccaria and Henry Aymonod. A strong contingent travelled from Hungary, including Sandor Szabo, who finished 8th in the 2019 World Cup. The World Cup debut of Spain’s Raul Criado was also hotly anticipated. Despite a few other GB and Ireland athletes appearing on the initial start list, Charlotte Morgan, world long distance mountain running champion of 2018 was the only British runner, and a strong contender. There was also a deep field of strong Polish runners, some of whom we’ve seen in previous World Cup and World Championship competitions, and it was clear they would also be challenging for the podium. The women’s race was close at the front, with Alice Gaggi and Charlotte Morgan exchanging the lead. In the end it was Charlotte Morgan who came out on top, winning in 2.46.03. Alice Gaggi was just a minute behind in the end (2.47.12), followed by Polish runner Iwona Januszyk in third (2.50.51). Lorenza Beccaria was close behind in 2.51.36, then there was a gap to fifth placed Lucie Marsanova from the Czech Republic (3.06.56) and local runner from Zakopane Katarzyna Jakiela-Rzadkosz was sixth (3.07.35). In the men’s race exciting young Polish talent Marcin Kubica led from the initial stages through to the finish, winning in 2.18.51. He’s taken part in 3 World Championships and 2 European Championships as a junior and it will be exciting to see him taking part in more races this year. He was chased by compatriot Piotr Lobodzinski, who is probably best known as two-time world tower running champion. Piotr finished in second in 2.20.21, with Vertical Kilometre champion Henry Aymonod third in 2.21.40. Martin and Bernard Dematteis finished in fourth and fifth respectively in 2.23.23 and 2.24.20, with Sandor Szabo sixth in 2.25.34.

After so long without a World Cup race we are thrilled to be able to bring you races again. Next stop is Grossglockner in Heiligenblut, Austria on 11th July. Over the years this event has brought us some incredible racing and we look forward to experiencing it again.