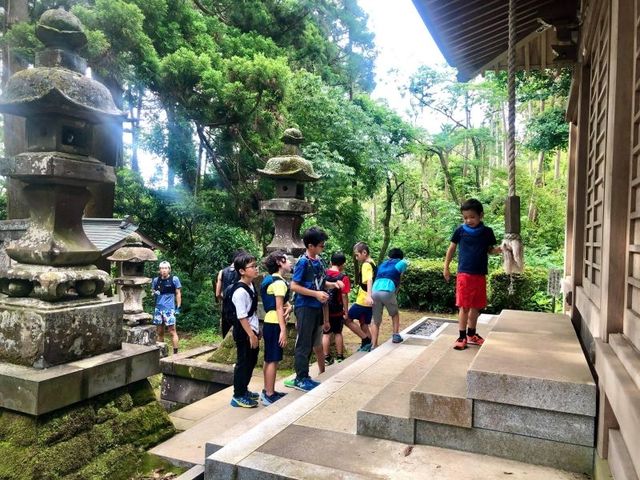 In his latest athlete post Fujio Miyachi of Japan tells us how he gets young people to engage with nature through play, encouraging a whole new generation of mountain runners.

When I look back on my elementary school days, as I have written before, I was not athletic at all. However, I believe that growing up in nature had a connection with the fact that I started mountain running when I became an adult.

I went to a school in Tokyo, but behind the school building there was a large undulating area called Jigoku-dani (Hell Valley), where there was a playground with a steep slope that only senior students could climb. There were also many opportunities to get in touch with nature, such as playing in a nearby park once a week during class in the early grades. I grew up going to a school that tried to encourage students to be independent through their education. Perhaps because of this, although I was not good at sports, I was not bullied for it. In addition, although I was not good at physical education classes, I loved going to school and experiencing various school events.

It is difficult for children who are not good at physical activities like me to accept the fact, even if adults tell them that it doesn’t matter and there are many possibilities other than sports.

What did I do when I was a boy?

It was nothing special. I played “Tag”, “Baseball”, and other various games with playground equipment, that anyone can do. In addition, we made special rules for children who are not good at sports or have age differences to make play more interesting. For example, if a child who can run slowly is going to join the game of tag, “it” needs to touch people twice instead of once, or “it” needs to wait longer before chasing people. How can we make it more fun for children? This ingenuity is just as important as being able to move around freely. Flexible thinking generates ideas and makes it harder to get caught up in stereotypes.

What kind of experience can we gain through "playing in nature"?
We can gain different abilities in addition to endurance such as balance, reflexes and explosive power, that will help us in any sport we play. In addition to their athletic ability, I believe that they can become curious children through playing in nature. Vegetation, scenery, seasonal changes, running around in nature, all five senses are fully engaged. It's not just about running, but it's also about developing an interest in trees and other living things through exposure to nature. I believe that this kind of interest is also a result of running in the mountains. This is why junior runners should spend more time in nature, playing and running around in the mountains. Since this April, I have been running with a group of neighborhood children in the mountains on holiday mornings under the name of the Zushi Junior Trail Running Club. They talk about school homework, games and comics, and run lightly while joking around. And they are always joking. This would be a problem in Japanese school classes, but I think it's a good thing because they enjoy running and listen to me when I talk about serious things. They are essentially free. That's why I tell them many tips while respecting their playfulness and keeping that in mind.

When I became an adult, I discovered the joy of running in the mountains, and it was because of these original experiences. That's why I respect children's sense of fun.

However, while nature is fascinating, it also causes natural phenomena such as heavy rains and thunderstorms that are beyond human control. I would like to raise more and more children to have a sense of awe towards nature, and to be able to relate to nature well. 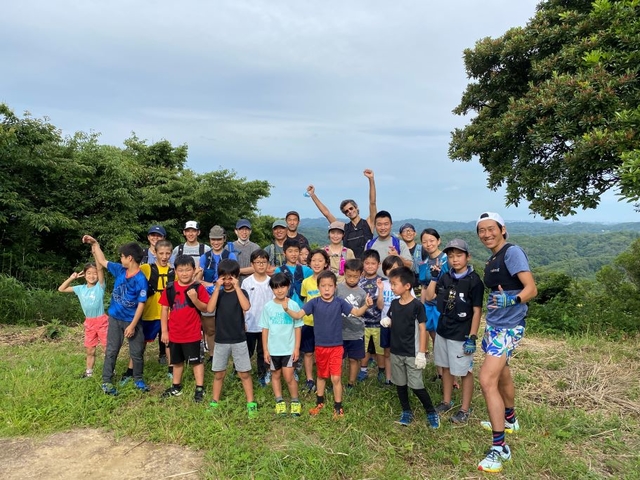