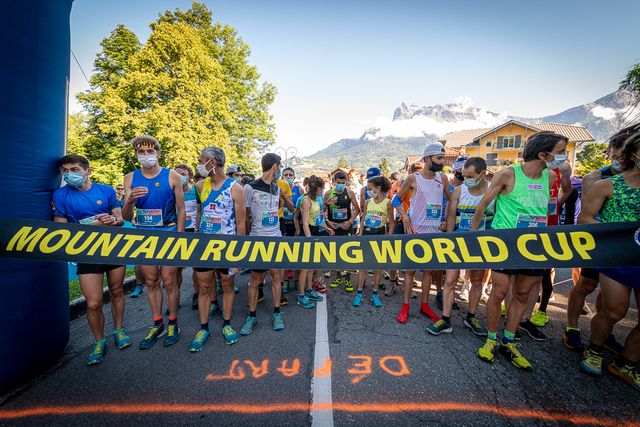 We waited a very long time for the World Cup to come around again, but now it seems to be flying past very quickly. It’s hard to believe that we’re already four races in, and what an exciting four races it’s been. We thought we’d bring you a quick update on what’s been happening so far and who’s leading in the points.

Our first race was Tatra Race Run in Poland. This was a long mountain race, at 24km with 1700m of ascent. It attracted a great field of international athletes, itching to race in the first World Cup event for 17 months! For the women Charlotte Morgan (GBR) emerged winner and top points scorer, closely followed by Alice Gaggi (ITA) and Iwona Januszyk (CZE). The men’s race was won by Marcin Kubica (POL), with Piotr Lobodzinski (POL) second and Henri Aymonod (ITA) in third. We had our World Cup leaders, but it was early days. Next up was Grossglockner, our first classic mountain race and no stranger to our World Cups. This race was dominated by Kenyan athletes. In the women’s race it was a Kenyan 1 – 2 – 3, Joyce Muthoni Njeru took the top spot, Purity Kajuja Gitonga second and Lucy Murigi third. The men’s race was also won by Kenyan Lengen Lolkurraru, with Filimon Abraham (GER) second and Manuel Innerhofer (AUT) third. This spread the points slightly wider, but Charlotte Morgan, Henri Aymonod and Lorenza Beccaria (ITA), all of whom took part in Tatra Race Run, finished in the top 10 and added to their tallies.

Then came La Montee du Nid d’Aigle, another classic mountain race. Here Lucy Wambui took top spot for the women, followed by Christel Dewalle and Anais Sabrie (both FRA), and Xavrier Chevrier took the men’s win, with Francesco Puppi and Henri Aymonod completing an Italian 1 -2 - 3. Now the points were starting to add up.

For our fourth race we were back in the Tatra Mountains for Tatra SkyMarathon for our next long mountain race. Here Marcela Vasinova (CZE) finished first for the women, followed by Katarzyna Solinska (POL) and Charlotte Morgan, and Peter Frano (SVK) emerged victorious for the men, followed by Andrej Witek (POL) and Raul Criado (ESP).

So where does this leave the World Cup standings a quarter of the way through the competition? Charlotte Morgan leads the women’s competition on 235 points, amassed from two podiums and a top 10 finish, out of three starts. Charlotte has been a strong performer in mountain races for several years now. She had a very successful 2019, with a seventh place in the World Long Distance Mountain Running Championships, seventh at Grossglockner, fourth at Trofeo Nasego and she finished ninth overall in the World Cup. She won the World Long Distance Mountain Running Championships in 2018 too, so it’s no surprise to see Charlotte excelling in the long mountain races this year.

In the men’s competition Henri Aymonod is out in front with 220 points, after strong showings at three races, with two podiums and a 10th place. Henri has dominated short uphill races for the last couple of years, with wins at Chiavenna Lagunc, Vertical Nasego and Piz Tri Vertikal, as well as coming third at Broken Arrow Skyrace and fourth at Challenge Stellina.

The familiar face of Lucy Murigi, who won so memorably at La Montee du Nid d’Aigle, is currently second in the overall women’s ranking (which is where she finished in the 2019 World Cup), and the always competitive Alice Gaggi, who’s finished in the top 10 of many big mountain running races,  third. Overall for the men Sandor Szabo, eighth in the 2019 World Cup competition, lies in second and Kamil Lesniak, after top 10s at both Tatra races, third.

Lastly, this year the athletes can also see for the first time how they stack up against their competitors at all mountain running events on a 365 day rolling ranking with the World Mountain Running Ranking. This is a constantly updated database of mountain running races, results and rankings. It’s worth keeping your eye on this, as well as the World Cup, if you really want to know who the in-form athletes are.