World Cup is starting this weekend with round one in France

600 runners will compete in the "Short Race" Maxi Race which covers the final 16 km section of a longer 82 km circuit of Annecy Lake and features 950 meters of climb & descent. Current course records are held by Gedeon Pochat who ran 1 hour 18 minutes in 2016, and Corail Bugnard who set the women's best time of 1 hour 32 minutes in 2014.

According to WMRA President Jonathan Wyatt, “The World Cup is an important series for the World Mountain Running Association. It is the window for people to experience what the WMRA offers in terms of creating high quality races and a series that allows every runner to participate along side the best off road running athletes in the World. The races and ranking are open to every runner and it's exciting to see and talk to and learn from the very best at these race events.” 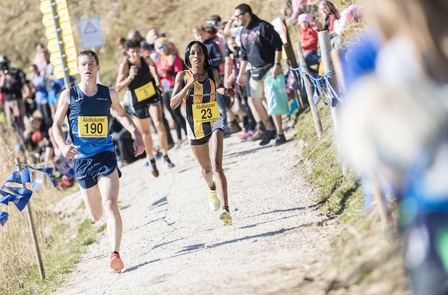 Maxi Race men's favorite Andrew Douglas (Great Britain) was 3rd in the 2018 World Cup ranking and will lead an elite field after a convincing triumph last Sunday in Italy's Trofeo Nasego race. Joining him on the start line will be Robert Surum (Kenya), who finished 3rd at the 2018 Sierre Zinal race and 2nd in last weekend's Trofeo Nasego. Other top elite men expected to challenge for the podium include World Mountain Running Championship veteran Andy Wacker (United States) and Filmon Abraham (Eritrea), who competed in several 2018 World Cup events. The Italian Dematteis twins are capable elite competitors who are gearing up for July's European Mountain Running Championships in Zermatt, Switzerland where Bernard will be the defending champion. His brother Martin is fresh off victory at the Italian long distance mountain running at Trofeo Nasego last Sunday. Romain Buissart (France) will fly the flag for the host country as he looks to challenge for a podium spot.

In addition to kicking off the 2019 World Cup, the Maxi Race will feature in our Athlete World Ranking.

You can find results from last year's Mountain Running World Cup on our website. Looking for more mountain running action? Get inspired by this video recap of the 2018 World Cup: