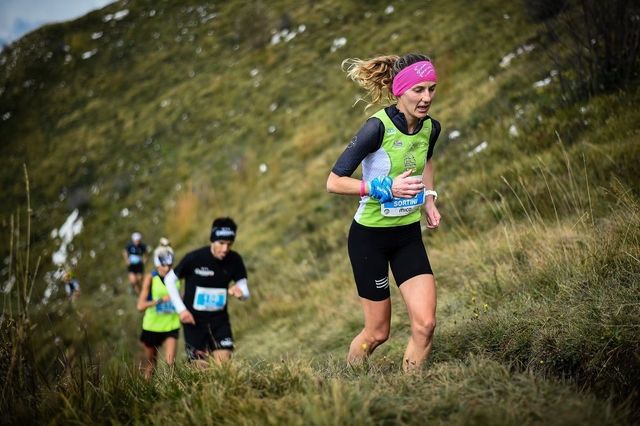 This weekend the World Cup is well and truly back in action. We have not one but two races to look forward to in Casto, Italy – first Vertical Nasego on Saturday 4th September and then Trofeo Nasego on Sunday 5th September.

Vertical Nasego is stage 7 of this year’s World Cup and it’s our next short uphill race at 4.3k with 1000m of ascent. It’s a tough short uphill race, which will see the athletes using their hands in the steepest parts, as they make their way up to the finish at 1,400m.

Then it’s straight onto Trofeo Nasego for stage 8 where athletes will take on this 20th edition of the race, consisting of 21k with 1330m of ascent. This makes it our next classic mountain race. The first half of the race is fast and then at 12k the runners begin their big climb up to Refugio Nasego, before the final steep descent.

Both races always attract a top field and this year’s may well be the best ones ever assembled. And most athletes will contest both Vertical Nasego and Trofeo Nasego.

Grayson Murphy (USA), the defending World Champion who was recently crowned US National Mountain Running Champion, will be racing in Europe for the first time! It’s going to be really exciting to see her in the mix with some top European and African talent. She’ll be reunited with her fellow athletes from that podium at the 2019 World Championships, Elise Poncet (FRA) and Philippa Williams (GBR) for starters.

Also on the start line will be Andrea Mayr (AUT), fresh from winning Challenge Stellina and six time World Champion and record holder at Vertical Nasego, among many other accolades. She’ll be joined by the reigning World Cup winner Sarah McCormack (IRE), who won Trofeo Nasego last year. It’ll be great to see Sarah taking part in her first World Cup race this year.

As ever there will be strong competition from Kenyan athletes. Lucy Murigi, two-time World Champion who is currently lying 5th in the World Cup, will always be one to watch, as will Joyce Njeru, who is having a great season, having won at Grossglockner and Krkonossky. Charlotte Morgan (GBR), the current leader in the World Cup, will also be toeing the line.

But there will be plenty of Italian competition out to win on home turf. Alice Gaggi, currently second in the World Cup, is expected to do well, as are Erica and Francesca Ghelfi, and Lorenza Beccaria, who is also having a good run in the World Cup. Athletes like Susanna Saapunki (FIN), Lucie Marsanova (CZE), Mocja Koligar (SLO) and Timea Merenyi (HUN) could also feature.

The men’s race will also bring together podium finishers from the last World Championship as silver medallist, Cesare Maestri (ITA), will face Marek Chraschina (CZE) for a rematch. But can anybody beat Henri Aymonod (ITA) in a short uphill race? He is the defending champion here and has since won Chiavenna Lagunc and Piz Tri Vertikal. He also won Challenge Stellina last weekend.

As well as established favourites like Petro Mamu (ERI) this could also be a race where we see some exciting breakthrough performances from runners such as Tiziano Moia (ITA), who came close to beating Henri Aymonod at Piz Tri Vertikal and is proving himself as a short uphill specialist. We could also see Italian rising stars such as Luca Merli, Marco Filosi, Alberto Vender, Lorenzo Cagnati and Daniel Pattis doing well. Zak Hanna (IRE) is another rising star who is working hard and seeing the results from it.

At 5pm a press conference with some of the elite runners will be held. It will be broadcast live on FB page @trofeonasego