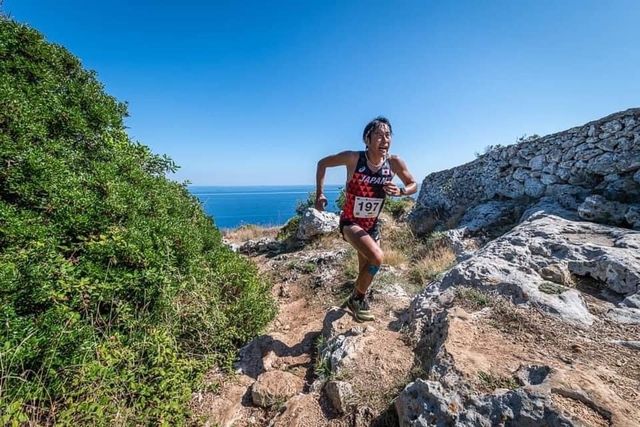 Our latest athlete article is the latest in a series from Fujio Miyachi. Here he talks about his experience at Masters level mountain running (ahead of our forthcoming Masters World Championships in Telfes on 3 - 5 September) and what it means to him to represent his country in the sport.

I have been participating in the Masters World Championships since 2018. In athletics, Masters is open to those 35 years old or older (the age to participate in Masters varies depending on the sport. For example, in swimming, Masters is open to those 25 years old or older). In 2018, the race was held in Slovenia, and in 2019 in Italy. My first Masters World Championships race was “Tek na Ratitovec” in Slovenia, where I have competed in the World Cup several times. Because I knew the race course, I thought that it was a good race for my first challenge at Masters level. It was a tough course with 1200m of climbing in 10km. Even though it was a Masters race, there were many talented runners. I finished 66th overall and 14th in my age group. I would take this disappointment into the next year. That race, held in Gagliano del Capo in southern Italy, was a fairly runnable course of 11km ± 500m. The course was a roller coaster of climbs and descents, except for one steep gradient. Supported by the cheering of the gallery, I finished 12th overall and 7th in the age group, a big improvement from the previous year. 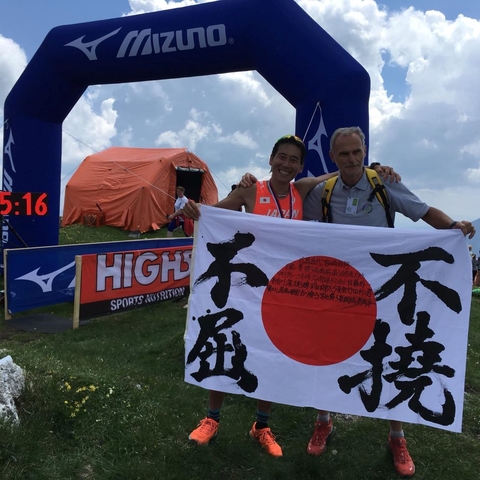 This year’s Masters World Championships, which was originally planned in 2020, is an uphill race, just like the 2018 race in Slovenia. Patience will be the key to win this race. Last year I was unable to participate in any races, including the World Cup (the series was not held). So, If I am able to travel safely this time, I would like to put my heart and soul into the race for the next two years. I was hoping to bring my family and show my little ones how I run, but that's not going to happen. So, if I could run the race, I would aim to win a medal this time in order show it to them.

Recently, I've been thinking that as I get older, I tend to run more intelligently, focusing on persistence and how to run efficiently without wasting time, rather than relying on instantaneous power. I think this is due in large part to physical and mental changes. Instead of losing youth and vigor, I may gain experience and cunning. I don't expect this to be an easy race at all, but if I'm right, many of the runners who will challenge for the Masters will probably excel in a vertical race like this time. They will all use their experience to do their best. It's going to be another tough race.

I have two kids, a three-year-old son and an eight-month-old daughter. They are still small. My son understands that I am running in the mountains but he probably does not understand that I am representing Japan at World Championship. I want my kids to play hard, find what they like, no matter what it is. That’s why I want them to remember that I take my work seriously. 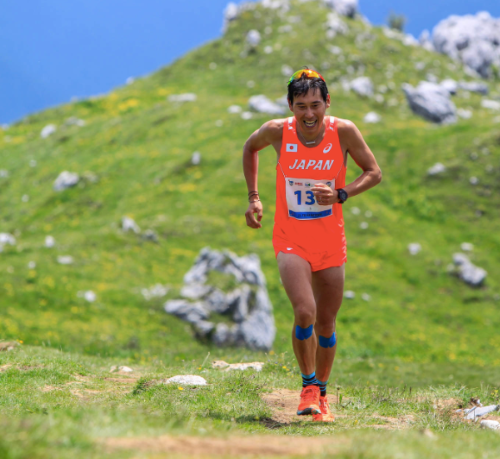 As I entered my thirties, I started to get injured more and more. In my twenties, I could run hard and got some good results with my youth and vigor. Now, my injuries healed slower and slower, and my fear of injury made me run timidly. So, I am unable to descend with courage. It is very hard now for me when I am not able to run for a long time due to injury. So, I decided to go back to basic training in order to avoid injury and still run fast. Firstly , I try to create a body that will not break down rather than just doing races and hoping it will be ok. Then I also keep take it easy and relax. I also try to do my best in the current environment without being bound by quotas such as distance. COVID-19 made it difficult for me to travel. In Japan, I am required to quarantine myself at home for two weeks when I return to Japan, which naturally reduces my chances to race. That's why I'm going to channel all my feelings from all the races this year into this Masters. This is a big challenge for me at the age of 42.

I want to stick with mountain running. I know there are a lot of people who ask why I'm going all the way from Japan to participate in a race in Europe or the United States, or tell me that I'm old enough to retire from this sport. I've also been criticized on social media for representing Japan, even though there are higher ranked Japanese runners than me. My running activities are minor in Japan, even among trail running community. I can understand why some people would question my decision to represent the country at the Mountain Running World Championships, as the reality of the world is not well known. I had a hard time participating in the World Mountain Running Championships, partly because there were no standardized records or other criteria to determine who to send, but also because there were no pioneers. Then, I contacted the Japan Association of Athletics Federation, which was the focal point for the dispatch of athletes at that time, and finally obtained the right to participate as a representative.

Now, I have changed my focus to Masters (and of course I will return to the World Cup when I have the chance), but for me, participating in the World Championships itself is important. I believe that the meaning of life changes dramatically depending on whether or not I am desperate for something, whether or not I am willing to hang on, and whether or not I am willing to give up what is important to me. Traveling is always troublesome, and the weather can be rough when running in the mountains. The race is tough, the language is difficult, and there are times when it is hard to understand. But I think it's great to be able to overcome those difficulties and be desperate in a race, and I'm happy to have something to be passionate about at any age. 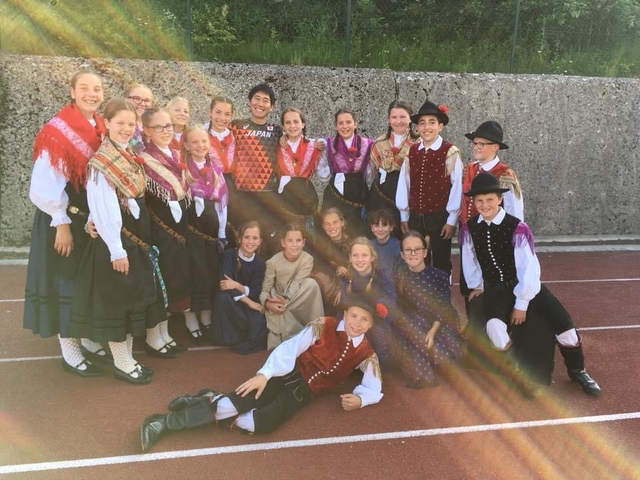 I may be overreacting, but as a pioneer of mountain running in Japan, it is my mission to spread this message to many runners in Japan, and if there are people (especially children!), who can relate to this from my life, I will be extremely happy.

As I get older, my role will change from being a front-line runner in the world race. No matter what my position is, I want to run as hard as I can on the stage, enjoy running as much as I do, and continue to be an example to the children and younger generation. The next article will be the last. Please bear with me a little longer.