Where Are They Now: Melissa Moon

Over the next few weeks we will be taking a look back at some of the greatest mountain runners of all time. We’ll be reminiscing about epic races, learning which legends inspired generations of runners and finding out what some of those legends are doing now. First up, we speak to Melissa Moon, two-time World Mountain Running Champion. It turned out she’s been doing some reminiscing herself. She found these old photos to illustrate our article...

Melissa came into mountain running from a track background. She explains, “It was my unexpected 3rd place at the 1997 WMRC in the Czech Republic that confirmed to me Mountain Running was the discipline in athletics I wanted to concentrate on. I had been competing in the 5km and 10km on the track at the World Student Games in Sicily when I was persuaded to stay on in Europe and compete in my first Mountain Champs a week later.” 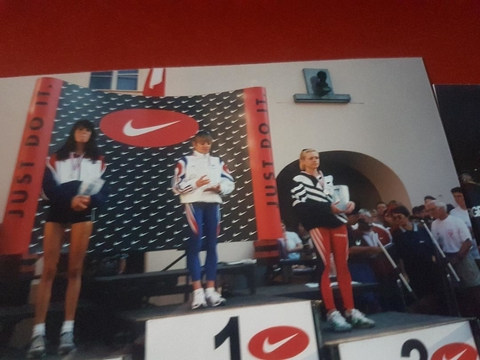 She says of her experience in that first World Championships, “I was truly humbled by what my body and mind had to endure during the race, I had never experience anything quite like it and was determined to get to grips with it. I also loved the culture of the mountain runners, just like an extended family, and I felt energized in the mountain and villages of Europe.”

The following year Melissa finished 3rd again in the Championships on the Island of Reunion but, she explains, “it was at the 2000 WMRC in Bergen, Germany while attending the prize giving after a 4th place finished that I vowed I would do things differently the following year.”

She reasoned: “How could I possibly be at my best after 30 hours of travel from New Zealand to Europe 6 days out from the race of my life? Things had to change.”

2001 saw Melissa lining up on the World Championships start line in Arta Terme, Italy, and, she says, “I knew I was prepared. I was acclimatised having arrived in Europe 5 weeks early and tougher both mentally and physically due to the build-up races I had competed in Susa and Kitzbuhel. I had also spent many days training over the Arta Terme course understanding every aspect of it. I was determined to win.” 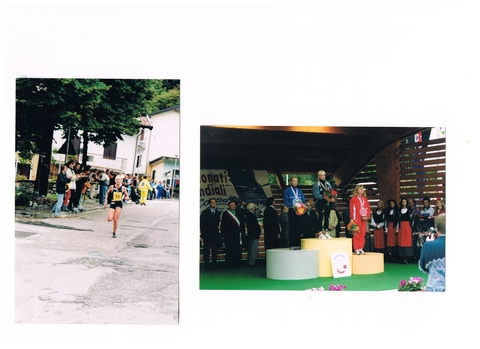 Melissa winning in Arta Terme in 2001

Her preparation paid off when she took the victory. “The sense of relief when I did win was indescribable. A huge weight had been lifted off my shoulders and I felt a euphoria knowing that I had finally achieved the ultimate result I could in my chosen area of athletics. I buzzed on that feeling for months after.”

“Defending my world title in Alaska was tremendously satisfying for different reasons, one was handling the expectations as a previous winner and the unexpected snow, also having to find a new pair of shoes to race in 1 hour before the start so as not to slip in the snow. It was about keeping a sense of composure in adversity that was a highlight.” 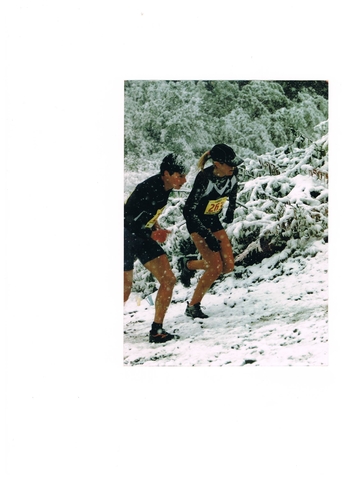 Battling with Angela Mudge in Alaska in 2003

When Melissa was at the height of her mountain running career, she was in good company with her Kiwi compatriates. Around the same time Jonathan Wyatt was dominating men’s mountain running and Kate McIlroy and Maree Bunce also having success on the women’s side. Melissa says, “The mid 90’s and early 2000’s were a fantastic time for New Zealand Mountain Runners, we had a great team spirit and it was very motivating to see the black singlet and silver fern on the dais. Jono Wyatt gave us the opportunity to experience our national anthem many times; he was a great ambassador for the sport and New Zealand.” 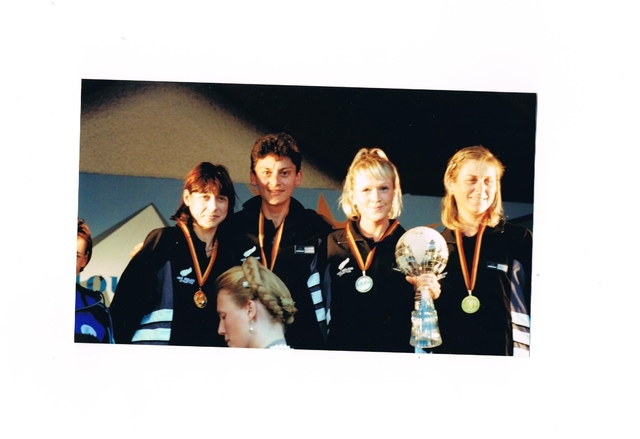 So what does Melissa do for a living, post her elite running career and what sort of running does she do now? “Throughout my running career I was a Secondary School Teacher who taught special needs students. 10 years ago I trained as a massage therapist and now specialise in Elderly and Dementia care massage and individuals with physical disabilities such as MS and those who have experienced a stroke. I also spent many years working at the Compassion Centre Soup Kitchen and with our homeless in Wellington on a voluntary basis.”

“Since my retirement from competitive athletics in 2014 I have coached and guided a blind runner to compete in the London Marathon and last year ran up the Empire State Building to raise funds and awareness for the New Zealand Spinal trust. I run 5-6 days a week with my longest run around 2 hours, on my to do list is to run the Great Wall of China Marathon!”

With many runners in lockdown all round the world at the moment, stair running has become a popular pastime. We know that Melissa has a bit of experience of the very sharp end of this sport, so we asked her about it and enquired as to whether she had any good tips for us. “In the twilight of my career I needed a new physical and mental challenge and thought racing up the World’s tallest building would be a great idea.”

“The iconic Empire States Building was the one to win, 1576 stairs, 86 floor and one of the toughest challenges I ever undertaken. Your Heart rate sky rockets to 170bpm, lungs are burning and the lactic acid plays havoc with the body. Specific training is essential and I was fortunate to have access to Wellington’s tallest building to allow my body to adapt. My advice is run 2 stairs at a time and use the handrails for momentum.”

We also asked Melissa about any future running plans she has. “In 2021 it will be 20 years since I won my first World Title, the greatest race of my life and I plan to go back to Arta Terme to have a little jog over the course, reminisce and celebrate! And figure out where the hell has 20 years gone!!!!!!”