Mountain Running World Cup 2019 - Stage 2 - The Broken Arrow Skyrace (Olympic Valley, USA).  The magnificent nature and landscapes of the mountains that dominate Lake Tahoe was perfect today to celebrate the 2nd stage of the 2019 mountain running world cup.  Over 500 runners left the startline at 7.00 am local time in Olympic Valley (USA) to face 26 km and more than 1500 meters of positive gain, with the course-track made much more difficult by the presence of snow at the higher altitudes. 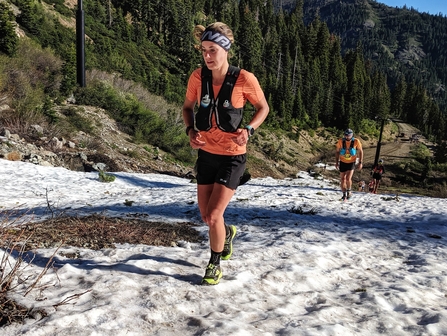 It was a good battle from the first kilometer where the talk leading into it was, could the international runners take on and compete with the locals who would have a home course advantage, and many of whom would know the course and how to race it.  However Andrew Douglas, who immediately attacked and took the lead and gained seconds on seconds until he had a 3-minute advantage over the pursuers around km 10. Behind the leader there was a very solid race by the American Sam Sahli, closely followed by the Italians Emanuele Manzi and Henri Aymonod.

For Douglas the advantage continued to increase, even when the Scotsman had to face the most technical part of the course, with long sections covered with snow and the need to climb the steeper points with a rope. Nothing has been able to stop the Scottish champion who arrived alone at the finish line to win with the final time of 1h56'31". 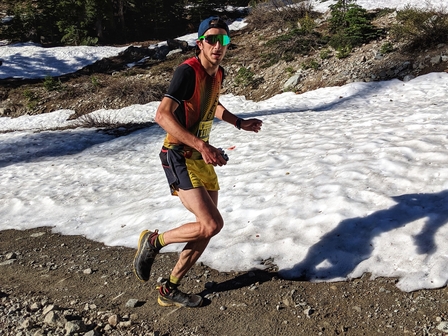 Among the women the race was more balanced and brought in the great surprise of Lindsay Webster (CAN - pictured above), timidly attacking after the first 10 km she was able to maintain a slight advantage over the most famous and experienced rivals Morgan Arritola (USA) and Kasie Enman (USA) who launched themselves in pursuit. After 2h22'35" Lindsay Webster crosses the finish line in 12th overall position, thus completing a great race and winning the women's competition. Morgan Arritola, 2nd in 2h24'24", 3rd Kasie Enman in 2h29 09".

Thanks to the points earned today, Andrew Douglas (pictured below) continues to lead the men's overall standings of the world cup while in the women's ranking Lindsay Webster reaches the Kenyan Lucy Murigi, winner of the first test in Annecy (France).

The “world cup circus” is now flying back to Europe and is getting ready for the mini-tour in July when the 3rd and 4th stage will take place within a week: on July 14th the Grossglockner Berglauf in Austria and on July 21st the Snowdon in Wales, two great classics of the mountain running tradition that will surely recall many elite athletes in the competition, ready to challenge each other to decide who, in October, will lift the prestigious crystal trophy to the sky. 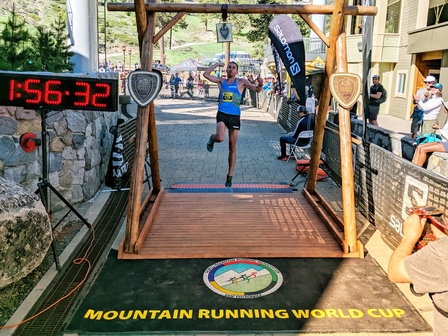