The second round of the 2019 World Cup crosses the Atlantic for the first time, landing in the snow covered Sierra Nevada Mountains of California. Just West of Lake Tahoe, the race will take place in historic Olympic Valley; home to the 1960 Winter Olympic Games and starting line of the famous Western States 100 Mile Endurance Run.

The 26K Broken Arrow Skyrace will start Sunday morning at 7:00 AM local time at the Squaw Valley Ski Resort, and will be stage #2 of the IAAF / WMRA 2019 Mountain Running World Cup.

In addition to Sunday's 26 km World Cup event, there will be a kids run, a Vertical Kilometer of Friday, and a 52 km and 11 km on Saturday, with over 1000 hearty runners participating across all 5 events. You can find a complete list of all race entrants on UltraSignUp. 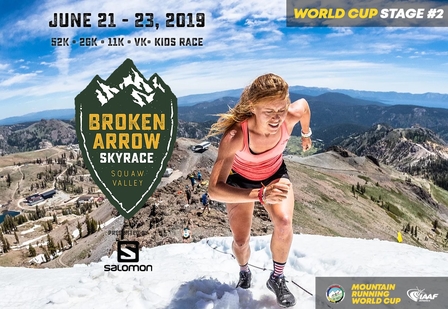 A number of American elite runners will toe the start line on Sunday including those with exceptional results at world championships, national championships and other well known races like Western States, UTMB, North Face 50, JFK 50, White River 50 and more.

In addition to these local stars, a number of high profile International mountain runners will join the field including Scotland's Andrew Douglas (GBR) who won the first World Cup race last month in France and is aiming to raise the World Cup trophy at the last event this October.

2011 World Mountain Running Champion Kasie Enman (USA) is recently back from the Trail World Championships in Portugal and will be vying for the win against 2010 Winter Olympian Morgan Arritola (USA) and 2017 Obstacle Course Racing (OCR) World Champion Lindsay Webster (CAN). 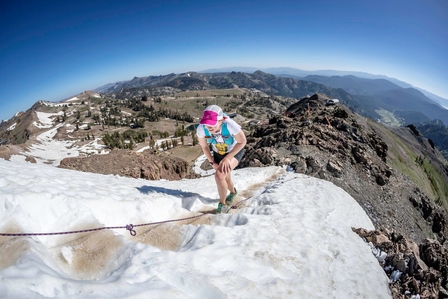 Here is a full list of some of the top runners to watch in the 26 km World Cup event.

You can follow the live coverage of the race on the WMRA twitter channel and you will find more news on our Facebook page along with photos and interviews with some of the top athletes.