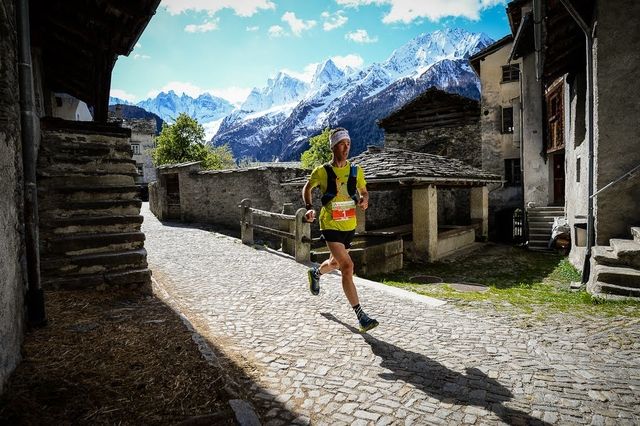 We've waited a long time for a global mountain running competition involving national teams but now the wait is finally over! Next weekend runners from all over the world will come together for the Nations Cup!

Over the past few months countries have been holding trials to pick their teams for the event, which will give much-needed experience and competition for athletes who've trained hard but haven't had the opportunity to compete at the highest level.

The venue for the event is the Val Bregaglia Trail, which starts in Promontogno, on the Swiss border, and finishes in Chiavenna, the scene of our final World Cup event. But it isn't the standard route for this established race, it's a specially designed route for this competition, with steep climbs and long descents. The 19km course, with 660m of ascent should provide a stunning backdrop for the athletes to do battle.

There are 15 national teams taking part: Italy, Canada, Denmark, Wales, Germany, England, Ireland, Kenya, Czech Republic, Romania, Spain, Scotland, Slovenia, Switzerland and Hungary. In total there will be 100 athletes: 55 men and 45 women. We've seen some of them in this year's World Cup but others have been focussing on racing at home or on other types of race. There are some incredible athletes who will be on the start line and we should see some exciting racing.

In the women's race we are looking forward to seeing the mountain running debut of Valeria Straneo (ITA). She is the current Italian marathon record holder with an incredible time of 2h23'44" and won silver in the marathon at the 2013 World Championships. It'll certainly be interesting to see how she gets on in this different discipline. Other Italian athletes to watch include Alice Gaggi, who finished 3rd in this year's World Cup and Francesca Ghelfi, the most successful Italian of the year with two absolute national titles (classic and long distance). But they will face strong competition from athletes including Adela Stranska (CZE), who was 4th in the 2019 World Championships, Simone Troxler (SUI), winner of the legendary Jungfrau Marathon 2019, Lucjia Krkoč (SLO), who won bronzes in the World Championships in 2011 and 2013, Scout Adkin (SCO), winner of the British trial for the classic distance, Sara Alonso (ESP) who's had recent podiums at Skyrhune and Chiemgau Trail, and Nuria Gil (ESP), winner of this year's Spanish Mountain Running Championship and 2nd at Canfranc Skyrace. The men's race is also similarly stacked. Lengen Lolkurraru (KEN), who won Grossglockner Berglauf this year, will be toeing the line alongside Marek Chrascina (CZE), bronze medallist from the 2019 World Championships. Sandro Szabo (HUN), who finished 2nd in this year's World Cup is always one to watch, as is Timotej Bečan (SLO), who just won Smarna Gora and consistently finished in the top 10 of a number of World Cup races this year. The young Zak Hanna (IRE) has had a breakthrough year, particularly with VK races and it will also be exciting to see other young athletes like Joe Dugdale (European and World Junior Champion) and Jan Margarit (ESP), who just won Skyrhune and won this year's Spanish Mountain Running Championships. Finally, Filimon Abraham (GER), who has stood on the podium of more mountain races than we can count, will always be among the favourites.

We look forward to bringing you all the action from the Nations Cup on the 31st October. More details will follow during the next week.