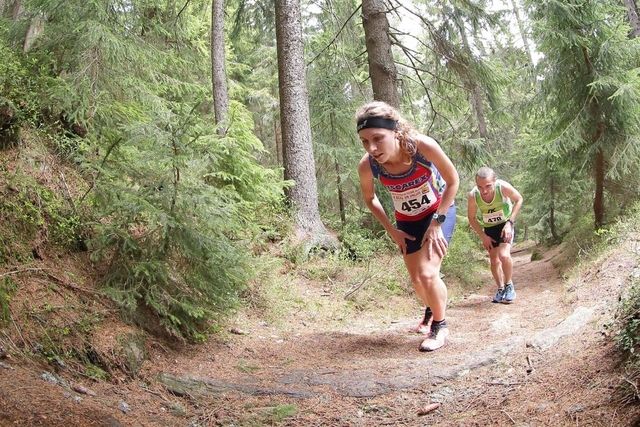 A race which we’re really excited about welcoming to the World Cup for the first time this year is the Krkonossky Half Marathon. Taking place in Janské Lázně in the Czech Republic, this 21km classic mountain race with 1,050 metres of elevation is race six in the 2021 World Cup, our next classic distance race.

Janské Lázně is a world-renowned spa town, which is also one of the best ski resorts in the Czech Republic. It’s a quiet town with a rich history, located at the foot of Černá Hora (The Black Mountain, 1299 meters above sea level). The town is connected to the top of the  mountain by a cable railway and because of this and the ski-lifts and cross-country skiing tracks the town has become a top-level sports and recreation centre and a perfect base for trips into the highest Czech mountains, both for skiers in winter and for cyclists and hikers in summer.

But let’s find out more about the race itself. Billing it as a half marathon might make it seem like a pretty standard race, but it’s anything but. At 21km, with a total elevation of 1,050m, this race really packs a punch. The race starts in the centre of town (Colonnade Square), then proceeds to climb the mountain path across the top of Černá Hora Mountain to the small ski resort town of Pec Pod Sněžkou and then back down in a loop, finishing back at the square.

We’ve seen five fantastic races in this year’s World Cup already, and Krkonossky looks set to be another great race with a top field. Filimon Abraham (GER) has to be among the favourites in the men’s race, with a recent second place at Grossglockner Berglauf and a long string of World Cup podiums dating back several years. Charlotte Morgan (GBR) has already won at Tatra Race Run, come third at Tatra SkyMarathon and 10th at Grossglockner Berglauf, and could add to her great run of World Cup results here. Like Morgan, Mocja Koligar (SLO) is flying high in our World Ranking and has finished third at Piz Tri Vertikal and sixth at Grossglockner in the last few weeks.

Koligar’s compatriot Timotej Bečan could also do very well in the men’s race. With a recent fourth place at Piz Tri Vertikal, seventh at Fletta Trail and sixth at Grossglockner. Other strong Slovenian athletes include Matic Plaznik and Gasper Bregar.

Raul Criado (ESP) had a good run at Tatra Race Run, but then a great run at Tatra SkyMarathon to finish in third place. He could be one to watch in the Czech Mountains. Lucie Maršánová (CZE) has had two top ten finishes in the World Cup so far, and as a ‘local’ she should get great support.

Sarah McCormack (IRL), our reigning World Cup champion from 2019, is on the start list and we hope to see her in action. She finished fourth in Fletta Trail, so is in form and will be one to watch here. Tímea Merenyi (HUN) has had three strong results in the World Cup so far this year, and is also expected to do well.

There may be changes to the start list due to the travel situation and we will do our best to keep you up-to-date.

More information on the race: http://krkonosskypulmaraton.maratonstav.cz/krkonossky-pulmaraton-eng/