"This Race is a Symbol of The Children's Hopes and Dreams" 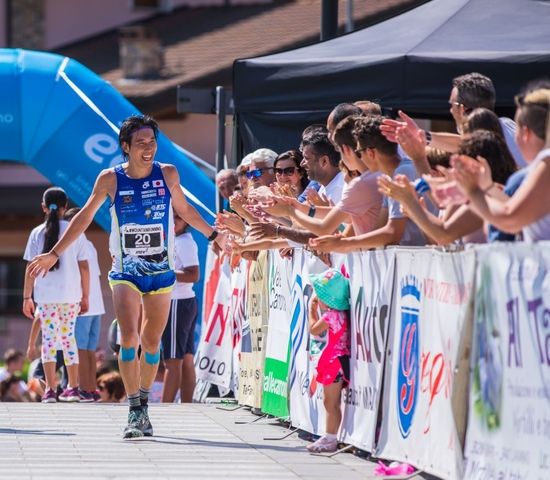 Our next athlete article comes from Fujio Miyachi, who tells us about the transformative experience he had in Malonno, the 'home of champions'. Piz Tri Vertikal and Fletta Trail, which took place just last weekend, had a very big impact on him and on many generations of children in the area.

In 2018, I participated in the World Cup race in Malonno, northern Italy. This is a town where mountain running is the local popular sport and called as the "home of champions". As the name implies, it is a passionate town. You can feel that it is true during your stay in the town for the race. If you were to ask me, "Which town would you like to race in?”, I would not hesitate to say that it is definitely Malonno. Because Malonno has organized these mountain running races for a long time, people there have become very familiar with mountain running.  Mountain Running has really become a part of their lives there.  If you are born and raised in this town, you will be able to run in the mountains as a matter of course and experience following in the footsteps of top runners.  In this sense, the town is at the forefront of the mountain running community as well as maintaining its tradition. 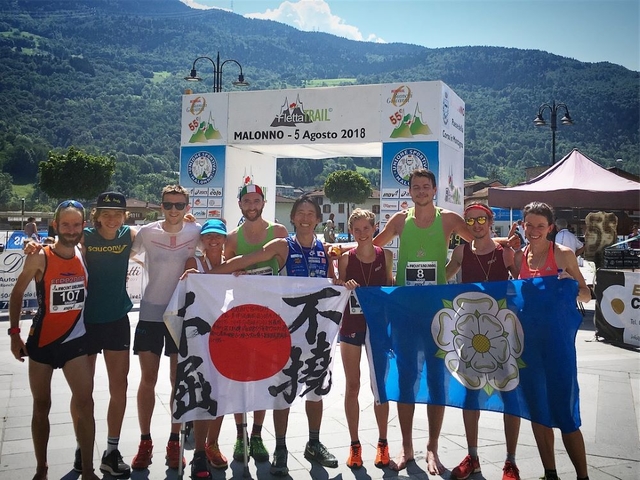 Before and after the World Cup race in Malonno, international runners (and elite Italian runners) live together in a former church convent on the hilly area of the town.  The church that stands next to the runners' dormitory is a symbol of the town and can be seen from anywhere in the town. Everybody in the town knows that the athletes are staying there, and so many children come to see them.  In this town, the mountain runner is an idol for children. During the race season, international elite runners from all over the world gather there. These runners stay close to them, train, and chat.  This may be the best time of the year for kids who love running in the mountains. Sometimes children come to visit at the dormitory with mischievous expressions on their faces. Some of them run away after saying hello, while others ask for autographs or photos. It makes the runners proud to respond to them. 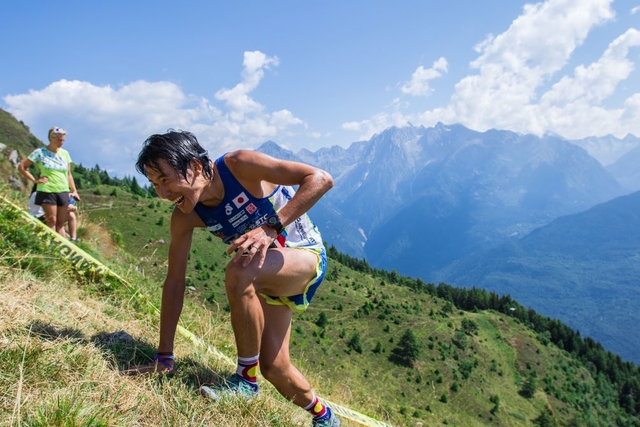 Tri Vertikal was held on Saturday in 2018. The first day's vertical race was particularly spectacular, with a climb just before the finish that was over 40 degrees and required the athletes to crawl on their hands and knees. I couldn't help but smile while climbing up.

On Saturday night, the awards ceremony for the first day's race, the Pitz Tri Vertikal, and the introduction for the second day's race, the Fletta Trail, were held in the town's central square. One by one, runners were called up to the stage, where their names were displayed on a large screen along with photos of the day's races. They ran up and down a path made by children, exchanging high fives. Yes, being invited to this race and standing on the stage is a symbol of the children's hopes and dreams. Before and after the ceremony, the children came to see the runners one by one. Children who had talked to the runners at the dorm proudly introduced them to their friends, and those who had missed their chance gathered up their courage and came to talk to them. In this way, the athletes made friends with many future mountain runners during their stay in the town.  Malonno's race was filled with these opportunities that make children naturally yearn to become mountain runners.

The start of the race on the second day was also impressive. As with the previous night's ceremony, the elite runners were called by name and lined up at the start line, running along a pathway created by the town's children and supporters. It's a great feeling to be respected in this way, and it's a great motivation for the race. There were also races for junior runners during the event. Junior runners, the future leaders of this sport, stood on the same stage as the elite runners. It's an invaluable experience for the kids, and a great opportunity for parents and galleries to cheer them on. 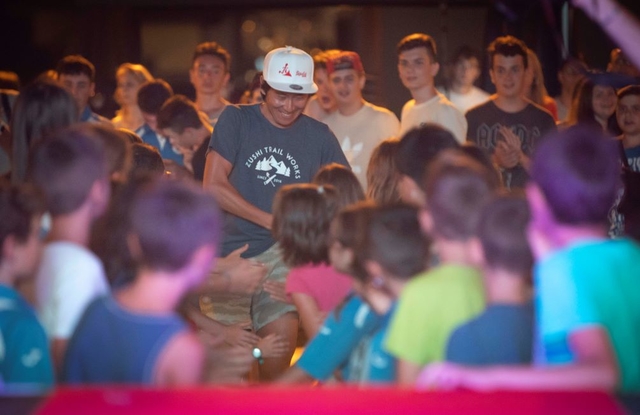 There is one more attraction of Malonno. That is the existence of the Mountain Running School. Every year at the beginning of autumn, children are brought together and taught by leading local mountain runners. Malonno has a comprehensive sports club, Unione Sportiva Malonno (U.S. Malonno), and one of its initiatives is the Mountain Running School, which was established in 2017. In fact, this is the model for the junior trail running club I started in Japan.  It's a good model where the elite runners perform in front of junior generations in the race, juniors dream of becoming such a mountain runner and the school provides training for them. Not only are the races great, but Malonno is also doing a great job of reaching out to a wide range of people so that mountain running can take root in the community.

As I've mentioned before, sports have always been a weak point in my childhood. Also, because my parents ran a restaurant, I was left in the care of others from a young age. From elementary school on, I took the train to school, and so I didn't have any friends who lived near my house to play with. It sounds like a very lonely upbringing when I write it like this, but of course I had a good time going to my friends' houses after school. I had a complex about not being good at playing sports. Even though I was never bullied for not being good at sports, I might have been able to fall in love with sports earlier, if I had been able to get closer to nature and enjoy sports from a young age.  That's why I thought the Mountain Running School in Malonno was wonderful, and felt strongly about the importance of training activities for juniors, not just organizing a trail running race for them.

It is an important mission of mine to foster the mountain running environment in Japan by incorporating great examples from around the world. As this article comes to a close, I hope you all enjoy the remaining posts.