The mountain running world championship for participants aged 35 and over will take place – a year later than planned – as part of the Schlickeralmlauf in the village of Telfes in the Stubai Valley.

The first major sporting event of summer 2021 in Stubai, the 4th STUBAI ULTRATRAIL, ran smoothly, boosting the confidence of the organising team that the 20th World Masters Mountain Running Championships can also be held as planned at Telfes in the Stubai Valley. Any athlete over the age of 35 can take part in the championship, which takes place between 3 and 5 September 2021. For the younger age groups, the Schlickeralmlauf will be held as an open race on 4 September. To build the atmosphere, the now traditional children’s races, the charity race and the Telfer Wiesen Run will take place in the Stubai Valley on the preceding day.

Over the first weekend of September 2021, all eyes of the World Mountain Running Association (WMRA) will again be on Telfes in the Stubai Valley. Once again, the sunniest village in the valley is the venue for a major mountain running event. Now for the second time, the 20th World Masters Mountain Running Championship will take place using the course of the Schlickeralmlauf, as it did in 2014. 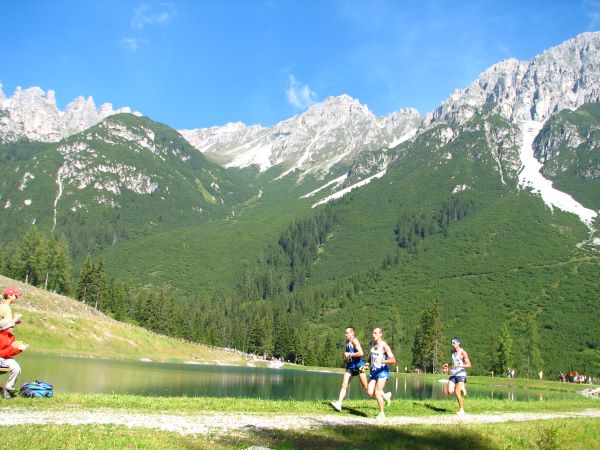 ‘Our many years of successful cooperation with the World Mountain Running Association have paid off with the organisation of the 20th World Masters Mountain Running Championships. When we had to cancel the championships last year, the WMRA stood by us. The award to hold the event was reserved for us. It did not go elsewhere, but was simply pushed back by a year,’ says Andreas Stern, head of the organising committee.

‘As things currently stand, the event will be able to go ahead provided that we abide by the Austrian ‘3G’ rules for Covid safety (tested, vaccinated or recovered). The safety policy has proven itself a success, as we were able to demonstrate with the first major running event of the year, the 4th STUBAI ULTRATRAIL. We nevertheless ask all participants to familiarise themselves carefully with the regulations from their various countries and to exercise appropriate caution. Then nothing should stand in the way of another weekend of running sport,’ adds Adrian Siller, chairman of the Stubai Tirol Tourism Association.

The 20th World Masters Mountain Running Championships on 4 September 2021 will start from two locations. The finish line, at 2,136 metres above sea level at the Kreuzjoch mountain station at the Schlick 2000 Hiking Centre, is the same for everybody. Women and men will be judged across nine age groups each. All women’s groups and the men over 55 will start from the Middle Station of the Kreuzjochbahn and will face a course of 7.4 kilometres involving a climb of 775 metres. Participants in the age groups M35 up to and including M50 will start from the village square in Telfes. Their course is 11.5 km in length and climbs by 1,157 metres to the finish.

The 20th World Masters Mountain Running Championships are open to all keen mountain runners aged 35 or over. The upper age limit is 79 years.

Aside from the world championships, of course, there will also be the opportunity to take part in an open competition on the Schlickeralmlauf once again. As usual, this starts from the village square in Telfes. It has a course of 11.5 km with a climb of 1,157 metres.

In addition to the race on Saturday, runners and spectators will be offered an attractive supporting programme.

The children’s races that have now become a tradition, and the charity race in which participants can earn a donation per lap for social purposes, will be held on Friday 3 September. Meanwhile the Telfer Wiesen Run invites all running enthusiasts to take part in a flat 8-km circuit, before the official opening ceremony for the World Championship takes place in the evening, followed by Tyrolean hospitality in the community hall and in the Music Pavilion in Telfes.

There also the winners will be chosen after the races on the Saturday, after which the World Masters Mountain Running Championship will reach its finale with live music.

On Sunday, visitors and participants will again have the chance to try one of the highlights of Stubai, such as the WildeWasserWeg, the Summer Toboggan Run at Mieders or perhaps to visit the Top of Tyrol summit platform on the Stubai Glacier. 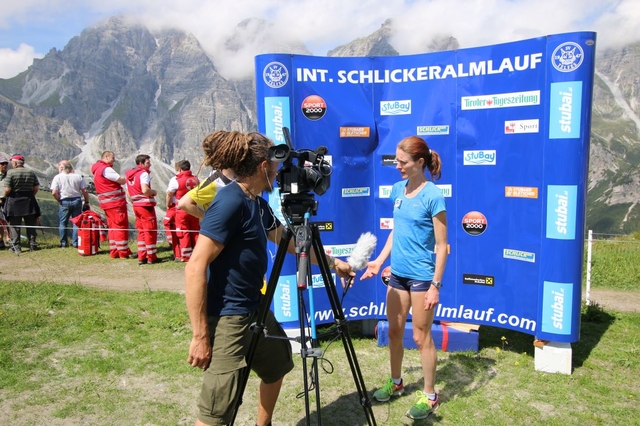 Registrations, still at a reduced rate until 31 July 2021, and further information are available at: www.schlickeralmlauf.com

Any changes to the programme as a result of the Covid situation will also be communicated via the home page.