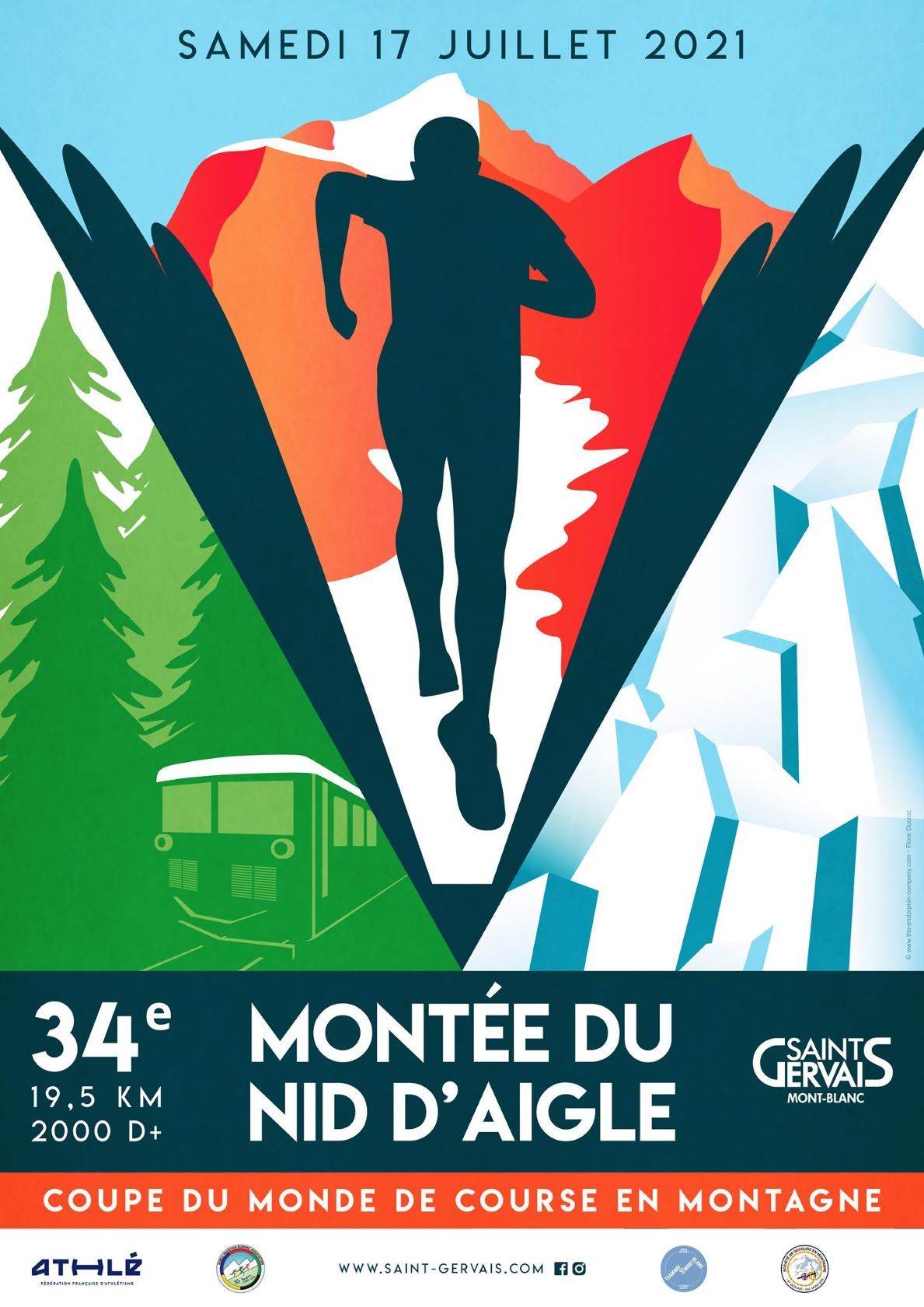 This year's World Cup is made up of some old favourites, some newer races you may not know so well, and some classic races which are joining the World Cup for the first time. Montée du Nid d’Aigle is definitely in the last category. This iconic race will be taking place for the 34th time this year. But because it's new to the World Cup, we thought we'd tell you a bit more about it.

Montée du Nid d'Aigle has been an integral part of St Gervais's identity for the past 34 years. The race has a rich history, boasting the same course since its early days - 19.5 kilometres in majestic surroundings. Departing from the Thermal Park, the participants run up through Saint-Gervais towards the charming village of Champel and the Plan de l’Are before reaching the final climb. The finish, at the Nid d’Aigle (Eagle’s Nest), is a renowned departure point for mountaineers who want to climb Mont Blanc via the Voie Royale (Royal Route). The race ends in style with a ride down to Le Fayet aboard the famous Mont-Blanc Tramway, the highest rack and pinion railway in France.

Montée du Nid d’Aigle is not just a race, it is also a true moment of sharing and conviviality, an opportunity for athletes, spectators and nearly 200 faithful volunteers, to gather together every year around the same passion. Renowned for its authenticity and simplicity, the Montée du Nid d’Aigle is due to take place this year
on Saturday 17th July.

This year the organisers are calling it 'the mountain race that constantly reinvents itself'! And we know that adaptability is pretty important these days. Here are the major changes taking place and what you can expect from the race this year.

Firstly, as we might have mentioned, the race is joining the World Cup this year. This is something the organisers feel very proud of, as it will give them the chance to showcase this amazing race on an international stage. And as well as hosting some of the greatest mountain runners in the world, they are also super excited to give their regular runners, young and old, the opportunity to race against and rub shoulders with the best in the world. If you're an elite racing hard in the World Cup, or a runner of any level just looking to enjoy it, they want everybody to have a great experience in the mountains.

Secondly, they've worked hard on their ethical and environmental approaches for 2021. They promise a 100% local organisation, involving a maximum number of local partners and professionals. Plus, they have made a very strong commitment to reduce their carbon footprint and general waste, with more recycling and a reduction in plastic waste among other initiatives.

Lastly, they've decided to overhaul their communications this year, with a fantastic new race poster (above), a new Facebook page (see here) and an Instagram page (give them a follow). They're also promising some great options to follow the race digitally, which we'll tell you more about closer to the race. So wherever you are in the world, you'll be able to see the race unfold in real time.

Find out more and enter the race here.