Get Ready For Trofeo Vanoni 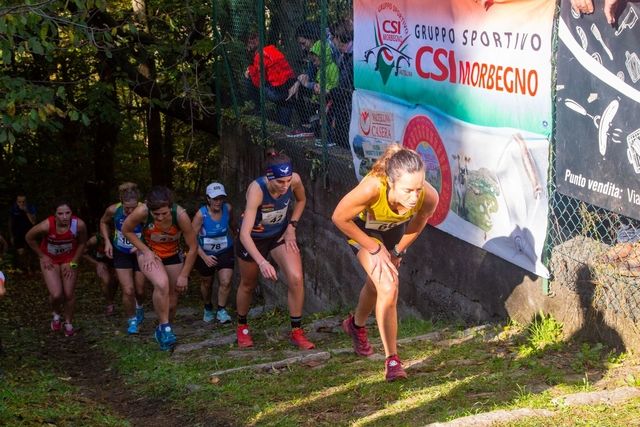 Are you ready for Trofeo Vanoni, edition number 63? The predictions for the Italian Mountain Relay Running Championship (Absolute, Junior and Master) which will be run in Morbegno (SO) on Sunday 25th October are starting to be made. The last time the Vanoni Trophy was tricolour was in 2017. In this troubled season the Italian Athletics Federation, which has done everything possible to put together a piece of the calendar, has once again asked GS CSI Morbegno to host the Italian Championship.

WOMEN'S RACE - all eyes will be on the duo from Atletica Alta Valtellina that has collected podium places in the various tricolour trials (individual, vertical, long-distance), Valentina Belotti and Elisa Sortini. Not that the second team of the Alta Valtellina club with Giulia Compagnoni and Elisa Desco should be underestimated. Other possible podium contenders include sisters Erica and Francesca Ghelfi for Atletica Valle Varaita and Italian vice-champion Alessia Scaini competing with Arianna Dentis for Atletica Saluzzo, as well as La Recastello Radici Group with two beautiful relay teams: Alice Gaggi with Ilaria Bianchi and Samantha Galassi with Astrid Luciano. Possible outsiders are Atletica Lecco Colombo Costruzioni with Maria Righetti paired with Ilaria Dal Magro, US Aldo Moro Paluzza (Maria Dimitra Theocharis and Caterina Bellin) and G.S. Orecchiella Garfagnana (Primitive Niyirora and Annalaura Mugno). If all this wasn't enough, France dropped a fine pair of aces: the vice-world champion (already third last year at the Trofeo Vanoni) Elise Poncet threw herself into the fray with the junior Jade Rodriguez, while Ireland responded with super Sarah McCormack (winner of the KV in Chiavenna and Nasego Trophy) and Dena Hogan. Slovenia also bring two relay duos: Mojca Koligar with Nusa Mali, Vareneja Drasler with Spela Gonza. 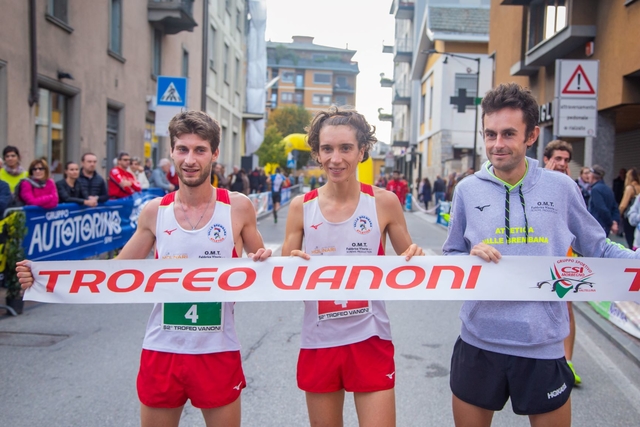 MEN'S RACE - It will certainly be a challenge for the rematch between Atletica Valle Brembana, which will repeat the trio that won last year (Francesco Puppi, Nadir Cavagna and the record man Alex Baldaccini) and Atletica Valli Bergamasche Leffe with the Italian champion Cesare Maestri, Xavier Chevrier and Luca Cagnati. Also watch out for La Recastello Radici Group, which is lined up with Gabriele Bacchion and the Italo and Roberto Cassol twins (last year fourth with the Tornado vest) and SA Valchiese, which has long since declared that it aims for the podium with Alberto Vender, Luca Merli and Marco Filosi. Not to be underestimated is also the "B" quartet of Atletica Valle Brembana with Pietro Sonzogni and the brothers Nicola and Matteo Bonzi, the US Malonno with the brothers Luca and Marco Malgarida and the veteran Emanuele Manzi and the Atletica Rodengo Saiano Mico with two track racing specialists such as Iacopo Brasi and Matteo Rosa and the top ten Under 20 in charge Marco Zoldan. The organisers of the GS CSI Morbegno with captain Marco Leoni and the trusty Stefano Sansi and Alessandro Gusmeroli are also hoping to enter the top ten. Participation is varied, with the presence of no less than 80 sports clubs as well as foreign representatives.

In contention, not for the Italian Championship, but a place on the podium, there is certainly the French team with the expert Julien Rancon, the young Alexandre Fine and the summer's star Sylvain Cachard (this year winner of the Nasego and Smarna Gora Trophy). Should the transalpine team win, they would take home the Trophy offered by Morbegno Council. We should also keep an eye on the British and Northern Irish team with Zak Hanna (in great dusting at the Vertical Kilometre), Andrew Douglas (fourth at Nasego) and Ben Mounsey. The Slovenian team (Becan, Lapajne, Bregar), Irish team (Hogan, Hunter and Conroy) and the Republic of San Marino are also ones to watch. 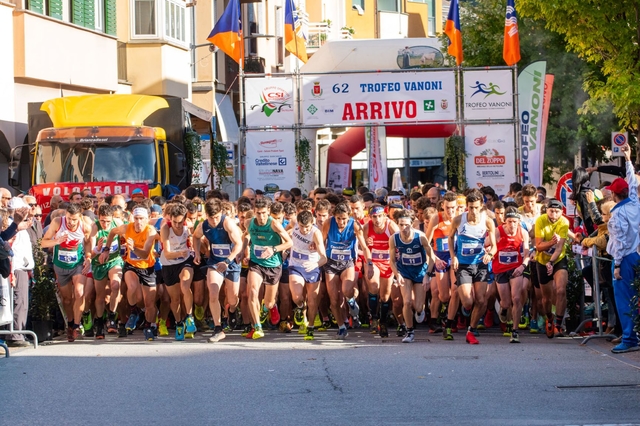 UNDER 20 RACE- At the Under 20 men's level, Atletica Valle Brembana with the Italian champion Alain Cavagna (recent tricolour also on the track in the 5000 metres) with the Pietro Gherardi (sixth at the individual Italian Championships). On a women's level, the Junior World Champion Elisa Pastorelli (Atletica Lecco Colombo Costruzioni) will be competing with her teammate Camilla Valsecchi Ratto: another Azzurrina competing in Casto (Brescia) in the only international match of the season, Irene Aschieris, will race with Atletica Susa Adriano Aschieris paired with Caterina Traversa.

JUNIOR RACE - Good participation also for the competition reserved to the youth. There will be 300 at the start divided into 8 categories (from 10 to 17 years old), representing 41 sports clubs that will do their best to win Monsignor Danieli - Battaglion Morbegno plaque. The hosts of the GS CSI Morbegno have won the last two editions and have the declared objective of making a hat-trick and taking home the trophy put up for grabs by ANA Morbegno.