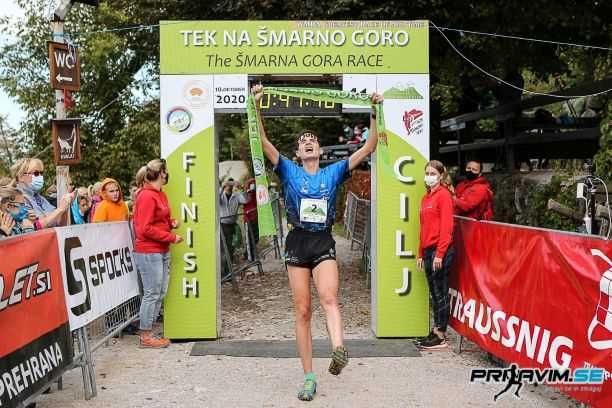 Despite the COVID restrictions, strong international fields gathered on the start line of the 41st Smarna gora race.

In the men’s race, Filimon Abraham, the winner of Friday’s Smarna gora Record, was aware of his weak point: the technical downhill in the middle part of the course. So he started very fast: 2,55 for the first kilometer, the only really flat part of the race. On the mostly technical climb to Grmada summit he tried to get rid of Sylvain, but they were still together on the top, 25 sec before Maestri. The downhill belonged to the French and he reached the bottom of the technical and partly slippery descent with 20 seconds advantage. On the other hand, Maestri almost caught Abraham. The last third of the course, a more runnable section, was just the final test of endurance and mentality – who will withstand the attacks of his followers? Nothing dramatic happened in this part. So in his first attempt Sylvain Cachard won the Smarna gora race! His time is the fifth fastest time of this course; only Baldaccini (ITA), Teklay, Tekle and Mamu (all ERI) were fastest. The best Slovenian was Timotej Bečan on the fifth place. The 2 times winner of the Smarna gora junior’s race Costa was 6th. 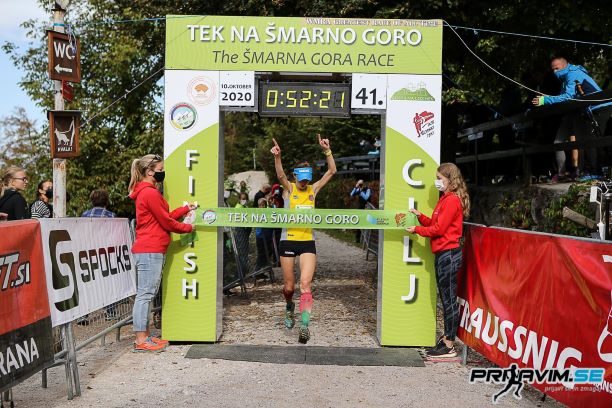 Mojca Koligar from Slovenia won the women’s race with a decent time of 52:22. Mali Nuša, who is still a junior, was second and Katja Podobnik completed top 3. The only foreigner, Dominika Stelmach, just missed the podium. 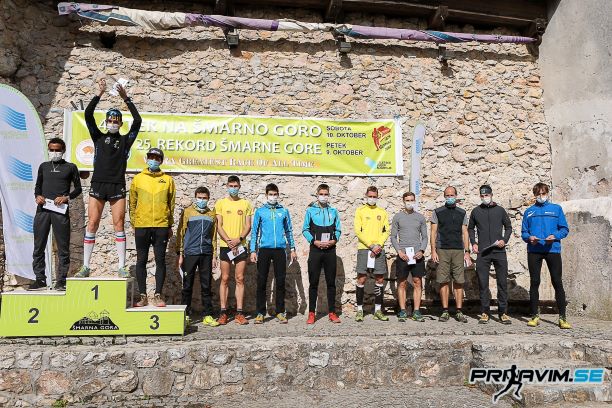 70 juniors from 9 to 15 years of age competed on two shorter courses. For the first time, juniors U20 and Masters 50+ run the 5km course – actually the 10km course without the first summit. 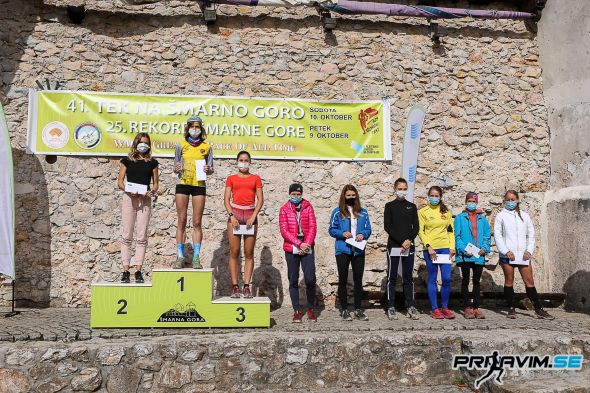 Sylvain Cachard and Mojca Koligar were the winners of the first “Smarna gora combination” – a combination of Friday’s Record and Saturday’s Race.

The organizing team did its best to make the race safe and to respect all the Covid restrictions. Masks were mandatory all the time before the start and after the race and also during the award ceremony. All the people present were advised to respect social distancing. There were no problems – people were aware of the sensitive situation.

The weather was really helpful. It was more or less rainy in the first part of the week before the race and ideally sunny from Wednesday to Saturday – and again heavy rain on the day after the race even with tracks of snow on the summit!

In that difficult and unpredictable situation, when even 3 days before the race they were taking decision whether to cancel the event or not because of the aggravation of the Covid restrictions, the organizers of the Smarna gora race once again confirmed the title “the Greatest”