In a season where most athletes' race plans were obliterated, one group of athletes who were very affected were the under 20 mountain runners for whom it was their last year in that age group. The federal leaders of mountain running really wanted to give some more meaning to the season which saw the cancellation of the entire international youth program with Europeans, Youth Cups and World Cups postponed to 2021. Trofeo Nasego agreed to stage the International U20 Mountain Running Match.

Teams from Italy, Slovenia and the Czech Republic took part in Casto, in the province of Brescia on Sunday 4th October in the event organised jointly by Federazione Italiana di Atletica Leggera, Atletica Valli Bergamasche Leffe and Trofeo Nasego LOC. Two male and two female juniors made up each team and the course was 6.67km with +387m of ascent.

MEN - Alain Cavagna of Italy took an early lead and kept it along the whole - mainly uphill - course. Alain already proved himself to be a very adaptable athlete, excelling in mountain running (U20 silver medalist in Zermatt EMRC 2019 after winning the U18 International Cup on home soil in Gagliano del Capo 2018), on the track or in cross country events (he wore the national team blue jersey several times). 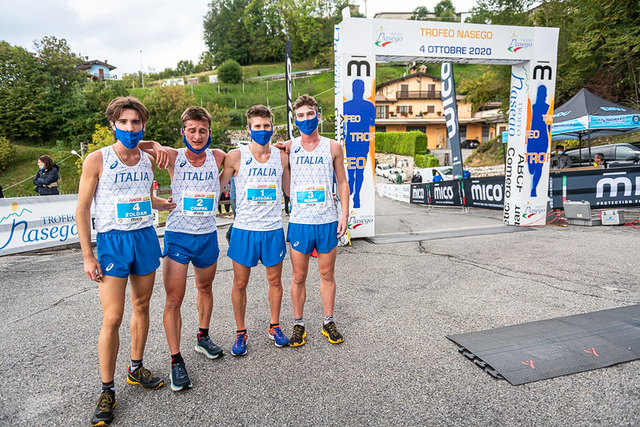 It was an Italian clean sweep on the podium: Zoldan led the chasing group for most of the race but had to surrender to fellow teammates Crippa and Rossi in the final stages. It was a fair fight with Slovenian and Czech competitors for almost half an hour on Savalle's trails. See full results for the men's race here.

WOMEN - Adela Kolackova did a copy and paste of Cavagna's strategy from the very beginning: she led the whole way. pushing the pace, though facing a fierce competitor (and a close one in the end) in the Slovenian Nusa Mali. They raced for the victory, with no others able to catch them as the podium was completed by a strong (but distant enough) Sona Kourilova, who managed to keep Italy's Elisa Pastorelli and Slovenia's Spela Gonza outside the medal spots. See full results for the women's race here. 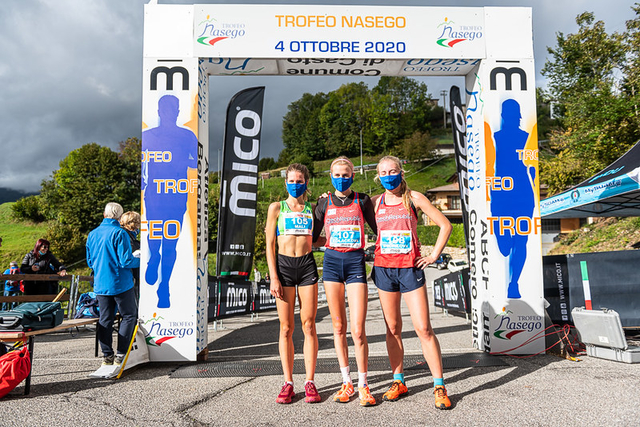 TEAM: It was Italy A and Czech Republic dominating the team classification on the men's and women's side respectively. Both national anthems filled the mountain valley with joy and enthusiasm.