Victory for Aymonod and Belotti at Vertical Nasego 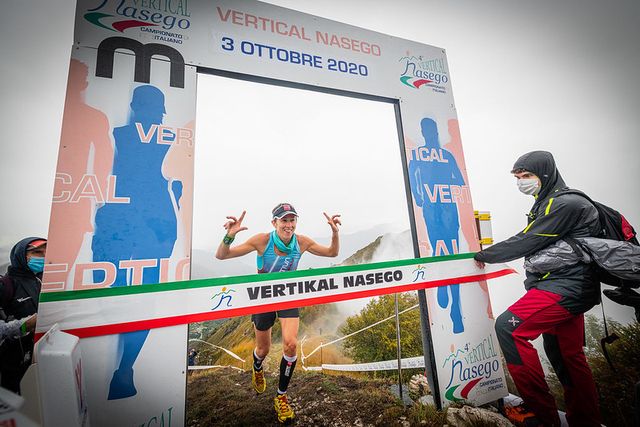 In a really tough day due to very bad weather, Henri Aymonod (Ita) and Valentina Belotti (Ita) are the 2020 winners of Vertical Nasego in Casto in north Italy.

Belotti started the women’s competition head-to-head with Mojica Koligar (Slo) for a great duel along uphill to the Nasego mountains. In the middle of the course, Belotti gave a kick and the gap over the Slovenian gradually increased to 50sec around 450mD+ left to go. After winning in 2016 and 2017, Belotti confirmed her dominance in Nasego, going on to win today in 43.12. Second place went to Mojica Koligar (Slo ) who clocked 44.14 . Third position went to Dimitra Theocharis who ran 47.14, followed by Chiara Fumagalli and Angela Serena to complete the top five. It was a good day for Belotti, who said, "I've been dealing with an injury all this season so every race needs a different plan. During the week I can only train two days and for the rest it's just bike. So, winning today gave me a big satisfaction and confidence in my strength for the next competition.” 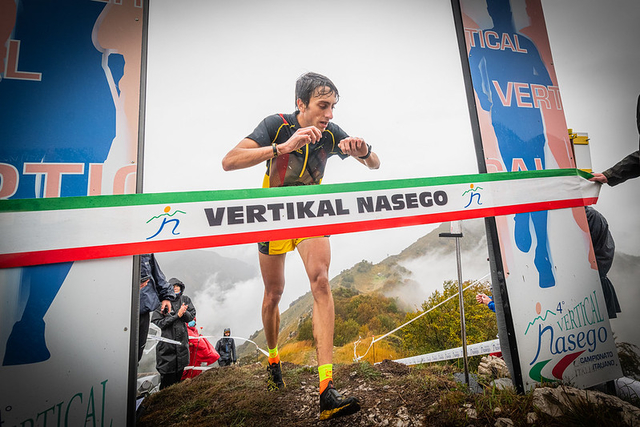 Henri Aymonod (Ita) was one of the favourites at the start of the men’s race and, after a battle with Zak Hanna (Irl), he won on Corna del Savallo. When he got to 500D+, Aymonod pushed hard and overtook Hanna with Facchini (Ita), Becan (Slo) and Moia (Ita) following very close. In the last 300m D+, the Italian continued to push and went on to win in 35.47. Zak Hanna (Irl) got the silver medal in 36.22 with Patrick Facchini (Ita) in third place in 37.01 overcoming Tiziano Moia ( Ita) in a sprint finish 37.06. Timotej Becan (Slo) completed an excellent top five in the men in 37.26. A very happy Aymonod said: "What a race, what a battle! Zak Hanna was an extraordinary contender and I am very satisfied to have won also in Nasego where the atmosphere of mountain running is so exciting. Running faster was difficult in this weather, so I knew it could be a real good day for me.”