Canfranc Canfranc held the 14th edition of its mountain races in the Aragonese Pyrenees this weekend. The COVID-19 protocol was especially strict, and that, combined with the event's reputation for beautiful courses, attracted the greatest runners from both sides of the Pyrenees. The result was a succession of records in the four races contested and a very memorable first event as a WMRA partner event.

Great runners such Luis Hernando, Thibaut Baronian, Oihana Kortazar, Miguel Heras, Maite Maiora, Daniel Osanz, Didier Zago, Gisela Carrión, Antonio Martínez, Jordi Gamito and many more contested the events over the course of the weekend. Veterans and young talents from Spain and France have competed all weekend to the fullest. The Aragonese fans enjoyed a fantastic show uniting sport and mountains, which makes everyone aware of the possibilities offered by the Jacetania region with thousands of km of marked trails.

The departures were staggered over three days: The Ultra 100k started on Friday at 11pm. The Ultra 75k at 5AM on Saturday, the 45k Marathon at 8AM the same day and finally the Canfranc 16km started today (Sunday) at 8AM. In this way, the 200 runners in each race did not have any contact with those of any other race, minimising risk of the spread of infection. In addition, the start of each race was in a time trial format, with runners every 30 seconds and wearing a mask until the test started. 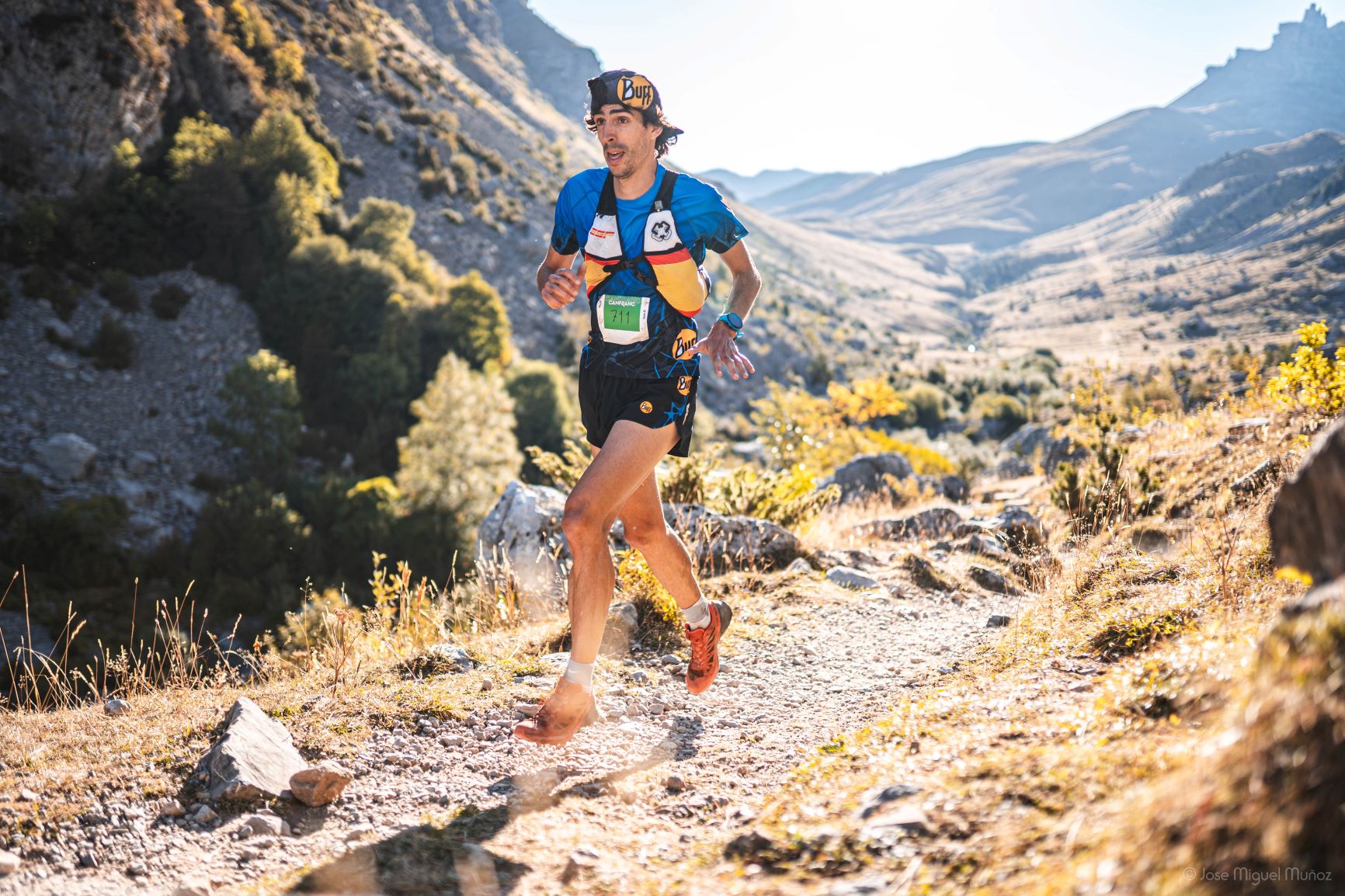 CANFRANC CANFRANC MARATHON: Thibaut Baronian and Oihana Kortazar won big. The race that started it all remains unique due to the combination of the alpine spectacle and the physical and technical demands of its 45k / D + 4,000m. After fourteen years, the record set by Maxime Cazajous in 2018 with 5h38m seemed solid, but the level of this 2020 event blew it to pieces. The race, along with the 16k event, should have been part of this year's WMRA World Cup and it proved itself worthy.

Victory in the men's race and a new record went to the Frenchman Thibaut Baronian who gave an exhibition with 5h15m, lowering the previous mark by 23 minutes! He was accompanied on the podium by the Venezuelan Samuel Dávila (2019 Champion) with 5:21 and the veteran Miguel Heras with 5h23. In the women's race, Oihana Kortazar won with enormous authority, clocking in at 6h37m despite a spectacular fall. María Ordoñez was second in 7:37 and Eva Mesado third in 7:53. 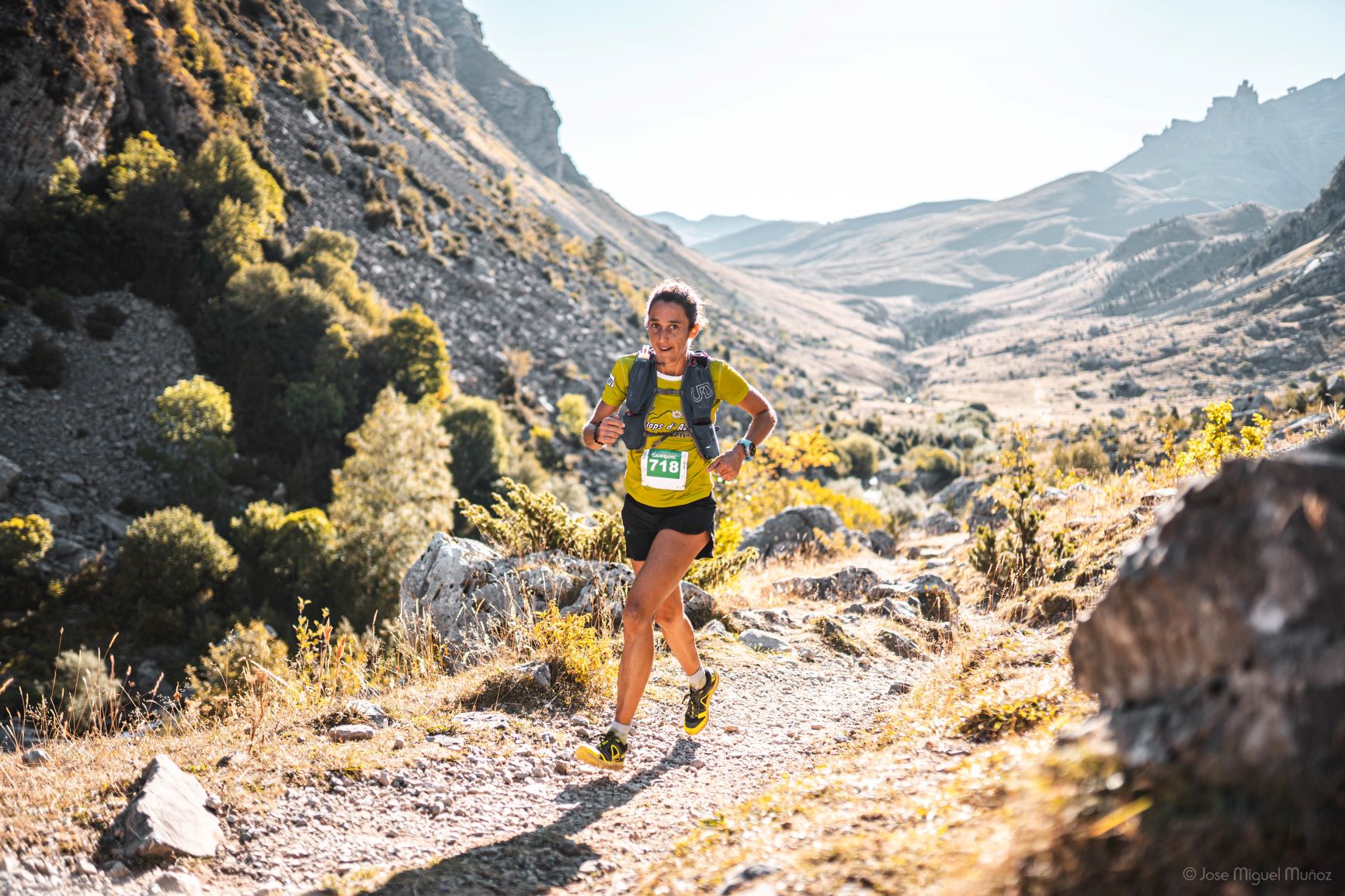 CANFRANC CANFRANC 16KM: Two seconds decided the men's win, between Antonio Martínez and Luis Hernando. Canfranc's “little” sister is nevertheless a great test in its own right, with a spectacular 16k / D + 1600m that crown La Moleta (2,572m) and a dizzying descent. The event also brought together a contrasted Hispanic-French elite. The duel for the victory between Antonio Martínez and Luis Hernando was alive until the last metre, falling to Antonio by just 2 seconds. The winning time of 1h47m35s beat the previous record of 1h59m by 12 minutes! The bronze went to the veteran French runner Didier Zago, with 1h52m10s.

In the women's race Nadege also smashed the record in 2h0818, leaving her rivals behind for more than five minutes. Silver went to the promising young athlete Sara Alonso in 2h13m58 and bronze went to Gisela Carrión, of the Spanish team with 2h14m21s.