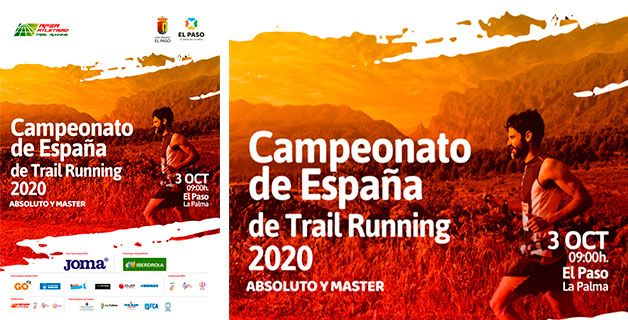 The participating athletes will compete in the marathon distance with a route of 44 kilometers, with 3,000m of ascent. The runners will pass through some of the most beautiful places on La Palma, such as the mountain of Bejenao, the hard ascent of Reventón, the Cumbre Vieja, the Llano de los Jables or the emblematic Pino de la Virgen, always having as a reference the natural jewel of the Caldera de Taburiente, where part of the route passes.

This will be the third time that the championship will be held in the Canary Islands and the second in El Paso as it hosted the second Spanish Championship in 2016. It has already demonstrated very good organisational capability, which was highly valued both by the participating athletes, as well as by the RFEA itself, which has closely followed the impressive evolution of its annual test, Reventón Trail El Paso (cancelled this year due to the COVID-19 pandemic).

So, how do the organisers plan to keep the runners safe?

The Mayor of El Paso, Sergio Rodríguez, said "in these difficult times and so much uncertainty, the ability to celebrate the Trail Running Championship of Spain means that we are able to meet organizational and health requirements, sports and logistics required by the Royal Spanish Athletics Federation ”.

Raúl Chapado, president of the RFEA, said: “For the RFEA it is a priority to protect the health of the participants and people involved in the organization, El Paso offers us all the guarantees to celebrate this event safely and successfully. Undoubtedly this is a highly relevant event in sports, but we are also aware of the need to strictly apply all the protocols and guidelines of the competent public authorities and those of the RFEA for this discipline. It will also be a decisive competition to make the Spanish Athletics team that will compete in the World Mountain Running Association World Championship in mid-November in Haría (Lanzarote) ”.

In addition to the application of health protocols, each participant must prove by means of a PCR test, with a maximum age of 96 hours before their trip to La Palma, their state of health against COVID 19. In addition, upon arrival on the Island All athletes will be given a rapid test to detect possible positive cases of COVID 19 with the aim of minimizing any risk of contagion

The Reventon Trail Marathon El Paso race, which would have taken place on the 24th October but is cancelled due to Covid-19, would have been a WMRA partner race. But we will look forward to experiencing it in 2021.