Greatest Mountain Runners of All Time: The Men

Obviously these sorts of lists are never perfect and they can be subjective. We’ve based our selection of the top six on results achieved but also on contribution to the sport. To help you make your mind up about who to vote for, we’ve included the opinions of well-respected runners at the bottom of the article.

Here are our six men: 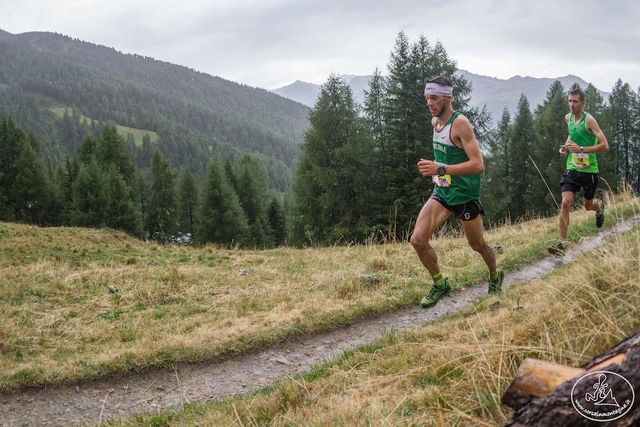 In any other era Marco de Gasperi would probably have dominated, but he was unfortunately running in the same era as Jonathan Wyatt! He still won 5 world championship golds between 1997 and 2007 (competing in a record 15 world champs), he won the world cup in 2001 and also 8 medals at the European champs. He won Sierre Zinal twice, among many other race wins and accolades. 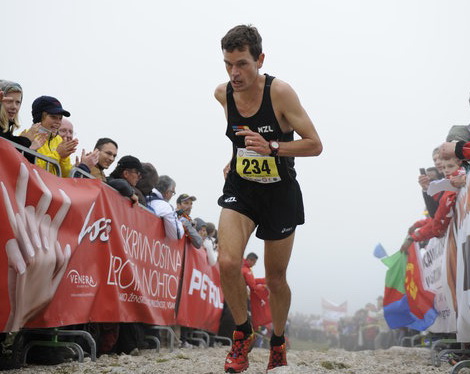 Certainly the most decorated male athlete in mountain running, Jonathan Wyatt won the WMRA Grand Prix Series (now the World Cup) an unprecedented 8 times and the world championships 6 times. Coming from a track background he also competed in two Olympic Games over the 5000m and marathon. He also competed for NZL in cross country, showing his diverse background. 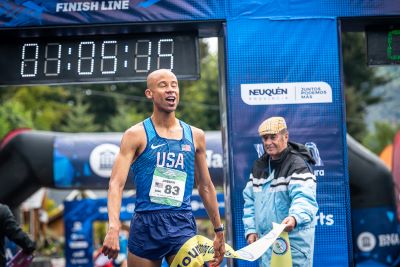 Joseph Gray’s hard work and consistency over the years can be best illustrated by the fact that he is an 18 time national champion. He won the world mountain running championships in 2016 and 2019, he’s the US record holder for the Mount Washington Road Race, he’s won the Pikes Peak Ascent, has an impressive collection of FKTs and he’s come second at Sierre Zinal. He’s also an incredibly adaptable athlete, having run cross country and track at a college level and he also has a long list of snowshoe accolades. He is also known for being a passionate advocate for giving back to the sport, particularly with his Project Inspire Diversity grassroots programme aimed at seeing inspiration and motivation among young minority distance runners. 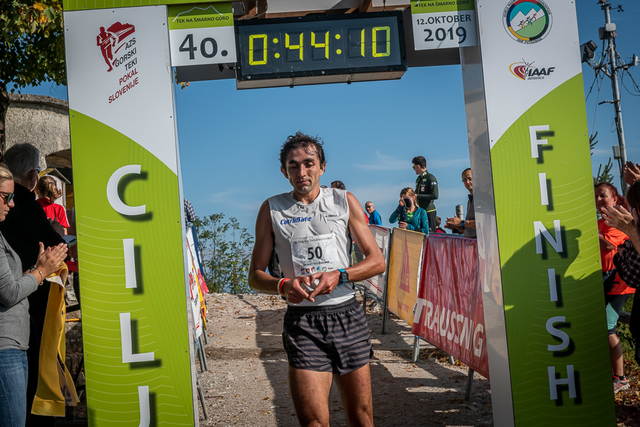 With his twin brother Martin, Bernard has been a hugely popular runner on the mountain running circuit for the last 15 years. The ultimate team player, Bernard has won 10 team medals with Italy in the World Championships, as well as an individual silver, and 14 medals at the European Championships, including 3 individual gold medals. A very strong performer in the World Cup, he has finished 4th for the last 3 years. 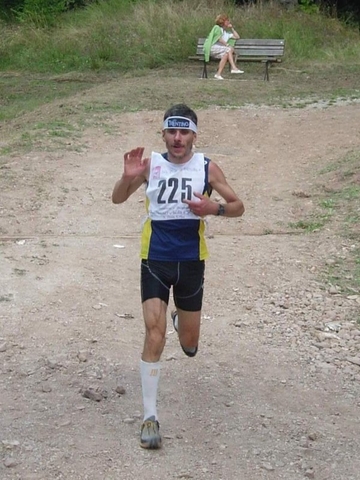 Italian Antonio Molinari put together an incredible string of results over more than 30 years. He competed in the World Championships an incredible 12 times, winning individual gold once and team gold 12 times. He also won the World Cup in 1998 and 2000, he won 3 European golds and 5 national titles. The statistics on his website say that between 1982 and 2016 he competed in an incredible 946 races and he won 428 of them and finished on the podium 684 times. The depth of his achievements in mountain running are surely unbeatable. 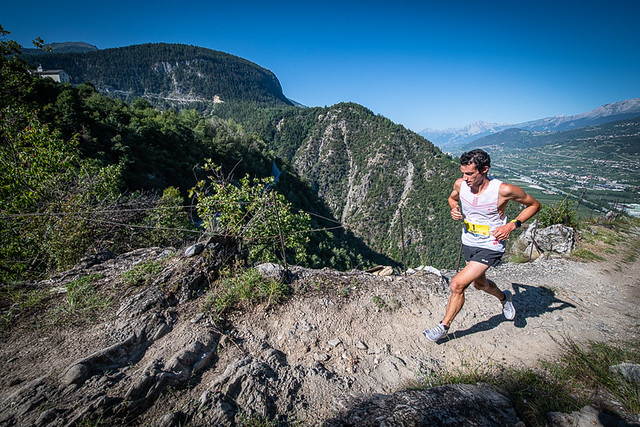 When you think of Kilian, you think of mountains. Whether he is running, mountaineering, climbing or doing skimo, he's moving fast in the mountains. He also excels at every distance, from VKs to 100 miles. For the purposes of our feature let's consider his record in mountain running - he's won Sierre Zinal 7 times, finally taking the record in 2019, he's won Zegama 9 times and he's a multiple winner of the Skyrunner World Series. Unfortunately we haven't had the excitement of seeing Kilian compete at a World Mountain Running Championships, but there's plenty of time for that!

Here's what other athletes said about our top six men:

Francesco Puppi on Jonathan Wyatt: “He achieved so much in mountain running and set incredible records (many stand still today...Jungfrau marathon, Hochfellnberglauf, Challenge Stellina, Mount Washington road race..). Also, for me it is very important that he always kept the focus on running fast on any surface. The fact that he competed in two Olympic Games over 5000m (Atlanta) and the marathon (Athens) is astonishing, besides winning 6 world mountain running championships (the only ever athlete to with both on uphill and up and down course) and having amazing track and road personal bests. He's inspiring because he did so much for the sport and continues to promote it in humble yet effective way.”

Sarah Tunstall on Jonathan Wyatt (and Andrea Mayr): “there’s no real doubt in my mind that Andrea and Jono are the greatest mountain runners of all time. Their longevity, Championship victories, race records and Olympic Games appearances, for me, stand head and shoulders above any of the other “greats”.“

Francesco Nicola on Marco de Gasperi: “Marco de Gasperi is the greatest because of his ability to run fast across a whole range of courses and distances. His 5 world championships and all the records he set speak for themselves.”

Andrew Douglas on Bernard Dematteis: “Bernie is one of the most genuine and humble athletes on the circuit, and along with his twin brother Martin, are fantastic ambassadors for mountain running. I've spent many a race in awe of his ability to bound his way so effortlessly up the mountain, and then absolutely hammer it down the descent; although usually I wouldn't see him on the descent as he'd be so far ahead! In each of the first 3 up and down championships I competed in (2014 & 2016 Europeans, 2015 Worlds) he was virtually untouchable to his fellow Europeans, such a fantastic racer. But not only that, he always makes time to chat with his fellow competitors and is someone I've always looked up to in terms of the way he conducts himself.”

After bursting onto the scene and winning the World Cup in 2015, Andrew Douglas then became frustrated with a string of results where he finished second. So, having taken a year’s sabbatical from his job in 2019 he set about regaining the world cup and it paid off. Has achieved a number of top 10 finishes in both the European and World Championships

Sandor Szabo on Andrew Douglas: “I vote for Andrew because we are the beasts who race all the races we can in the World Cup, and he cheers me up every time we talk. He's really motivating to me, just like Andrea (Mayr) also!”

Fujio Miyachi on Andrew Douglas: “His performance last year was very good all year round, and he was a deserving World Cup champion.”

Jacob Adkin on Andrew Douglas: "an incredibly genuine guy. His attention to the details of training, life-balance and getting the best out of oneself is truly motivating."

Sarah Tunstall on Andrew Douglas: "Andy is a racing machine! To watch him race is amazing as he can dig so deep. I'd love to see him get a medal as he's been at the top of his game for so long but even a bit of silverware wouldn't quite do justice to how versatile he is as a mountain runner."

Jacob Adkin on Francesco Puppi: "inspirational for his will-power and determination to achieve goals and not scared to dream, always with a smile."

Robbie Simpson has achieved a huge amount in mountain (and road) running over the last decade, so it's hard to believe he is still only 29. He finished 3rd at the 2011 long distance championships, won a silver in the 2014 Europeans and a bronze in the 2015 World Championships. He has also had considerable success on the road, most notably winning a bronze in the 2018 Commonwealth Games. He's won the Jungfrau Marathon twice and he's finished in the top 5 at Sierre Zinal an incredible 7 years in a row, including three 2nd places.

Sarah Tunstall on Robbie Simpson: "I've met very few people with Robbie's work ethic in training. I think he must rank as GB's best male mountain runner ever in terms of medals and performances on the big stage. Many of his race results over the past five years or so are incredible and, maybe with less questionable competition, I think we would be talking about him in relation to Jono."

Voting will open very soon, so get thinking about who your male greatest mountain runner of all time is!