He won gold in the 2017 World Long Distance Mountain Running Championships and his epic duel with Jim Walmsley in the 2019 race was one of the highlights of the event. But Francesco Puppi is just as happy to take on a vertical uphill race or a 5k on the road. We learn more about this incredibly versatile Italian athlete.

Can you tell us a little about how you first got into running when you were young?

My story is really much alike that of any kid that gets into running at a young age. I was six years old when my parents signed me up at the local track and field club. I joined because my older cousin Martina was enjoying it and I thought I might give it a try. It was pretty much all about having fun and playing around, running as fast as I could.

During my childhood I liked jumping hurdles and I thought I might become a 400m hurdler. Then I soon developed a passion for distance running. I was not particularly good at it, I never won a race at a young age, but its magnetic attraction was telling me that this was my road to follow.

Who were the runners that really inspired you when you were younger?

When I was very young I was really inspired by Paul Tergat. I liked his stride and his style of running, from the track to the marathon. One day I got to see him training in Iseo, in Northern Italy, where his training camp was based. A few months later I even got a chance to speak to him over the phone! My dream was to follow his footsteps and to become a marathoner.

I was also inspired by Stefano Baldini’s Olympic gold in the marathon in Athens 2004. I started reading about training and athletic preparation after his achievement: I looked for magazines and books to learn about professional runners and read their training logs.

Closer to me, I remember there was a group of older guys who used to train at the same track where I went to practice, doing workouts I thought I’d never be able to do. It was just cool to watch them and to look up to them, wondering if in a few years I might reach them.

You love to run on 'any surface available'! In the past most runners have specialized in one area. There seems to be a new generation of runners (particularly in America, thinking of the Olympic marathon trials) who are taking the same approach as you. Do you think this will happen more and more? 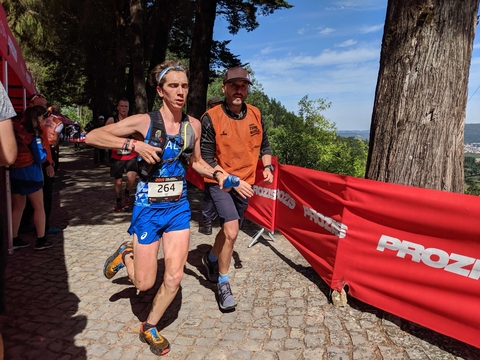 It’s great to see more and more mountain runners (especially in the US, where the track background of an athlete is usually more important and comes from college) switching from the mountains to the roads and putting themselves on a challenge on any surface. I would like to see the opposite too, which probably happens less often.

I think it’s really interesting to follow what Jim Walmsley is doing to prepare the Olympic Trials. Apart from causing a Letsrun.com forum meltdown he’s really brave and inspiring for me. I wish him all the best for the trials.

As a runner I really like your blog and your Instagram because you are so honest! There are no excuses and you are clear about whether you've put in enough hard work to get the result you want. Do you think your training as a physicist makes you quite scientific about your running training?

Thank you! I think trail and mountain runners in general need to realize that, as part of athletics, our sport is about running fast on the trails. It’s that simple, but really not always clear to everyone. There are no shortcuts to that.

I think my scientific background has an influence on the way I approach sport and life in general. Physics seeks an explanation to natural phenomena and is based on a few, simple yet very powerful ideas. To uncover the meaning behind the nature of things is its goal, and that’s what made me love it and why I decided to study it at university. Running, though, is different for me, it has a more artistic expression and sometimes escapes the explanation of reason. I see it as a part of my personality and a moment of creative energy. Of course, I try to have a rational/scientific approach to training and racing, but the romanticism and feelings that running gives me cannot always be explained in these terms. It’s the genius and the harmony of a primordial form of locomotion, of the most spontaneous action a man can do that are just beautiful.

At the World Long Distance Mountain Running Championships in Patagonia in 2019 you had an epic duel with Jim Walmsley. It was an incredible race to watch. Is that where you are at your happiest - duelling with one of the greatest long distance runners in the world?

Yes, I think the rivalry that some competitions feature really is the spice of our sport. What’s the point of competing then? I always try to find a story and a meaning behind each target race. It’s important for me to live it in a very personal and emotional way. That’s why I was at my happiest running with Jim. My motivation to compete at the World Championships in Patagonia grew when I learned that he would be there. We created something inspiring and enthralling for at least three hours, I believe. His talent stood out and I was the best I could possibly be in that particular day. 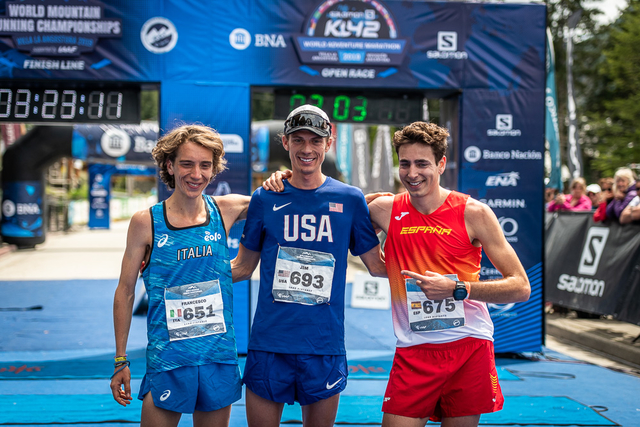 You and Jim Walmsley seem to have a great respect for each other. Do you speak to each other about your training?

We had a few exchanges of thoughts in Argentina. And we spy on each other training sessions on Strava [Ed: here's Francesco's and here's Jim's]. What always strikes me is how much quality volume he’s able to withstand. Of course he’s a professional runner, while I try to balance working as a high school teacher with my semi-pro activity, so I cannot really compare to him. But there’s always a lot to learn from great, more experienced athletes. I have great respect and admiration for him.

Take his result at Sierre-Zinal (3rd place in 2h31’) last year for example: it might (comprehensibly) have been eclipsed by Kilian’s performance but it was a huge, huge achievement, only six weeks after setting Western States 100 mile record. His versatility is impressive, it’ll be interesting to see what he can do in Atlanta in a couple of weeks.

What key races are you targeting this year?

The main target will be Sierre-Zinal, a race that inspires me unlike any other in the world. I hope to get in peak shape for August 9th and to fight for the win. I also want to run well at Pikes Peak Marathon because I really liked the course and the experience last year, and because Peter Maksimow would be proud of me! The American atmosphere is cool and Colorado’s trails are amazing. I’m also planning to compete in shorter races in the WMRA World Cup. 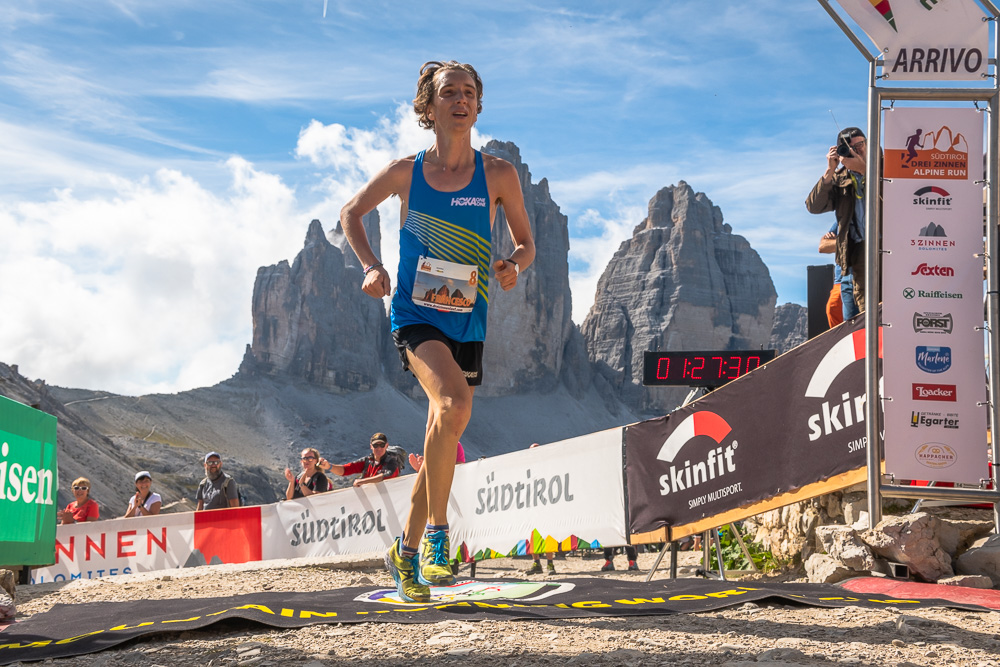 You have shown us you can do any distance on any surface! What are the races or adventures you would love to do in the future?

I’d love to have more time for training and racing. There’s nothing else I could ask for right now. I think the biggest margin of improvement would come if I had more time to rest properly and train with enough time, instead of having to squeeze a workout between work hours or a recovery run during lunch break.

In the future I’d love to explore a few places in a self-propelled way: Alaska and Patagonia above all. It’d be cool to plan an adventure there, running and cycling without having an impact on the environment. But that’s something I will do after I achieve my full potential as an athlete, so I really don’t know when and if it’ll happen!