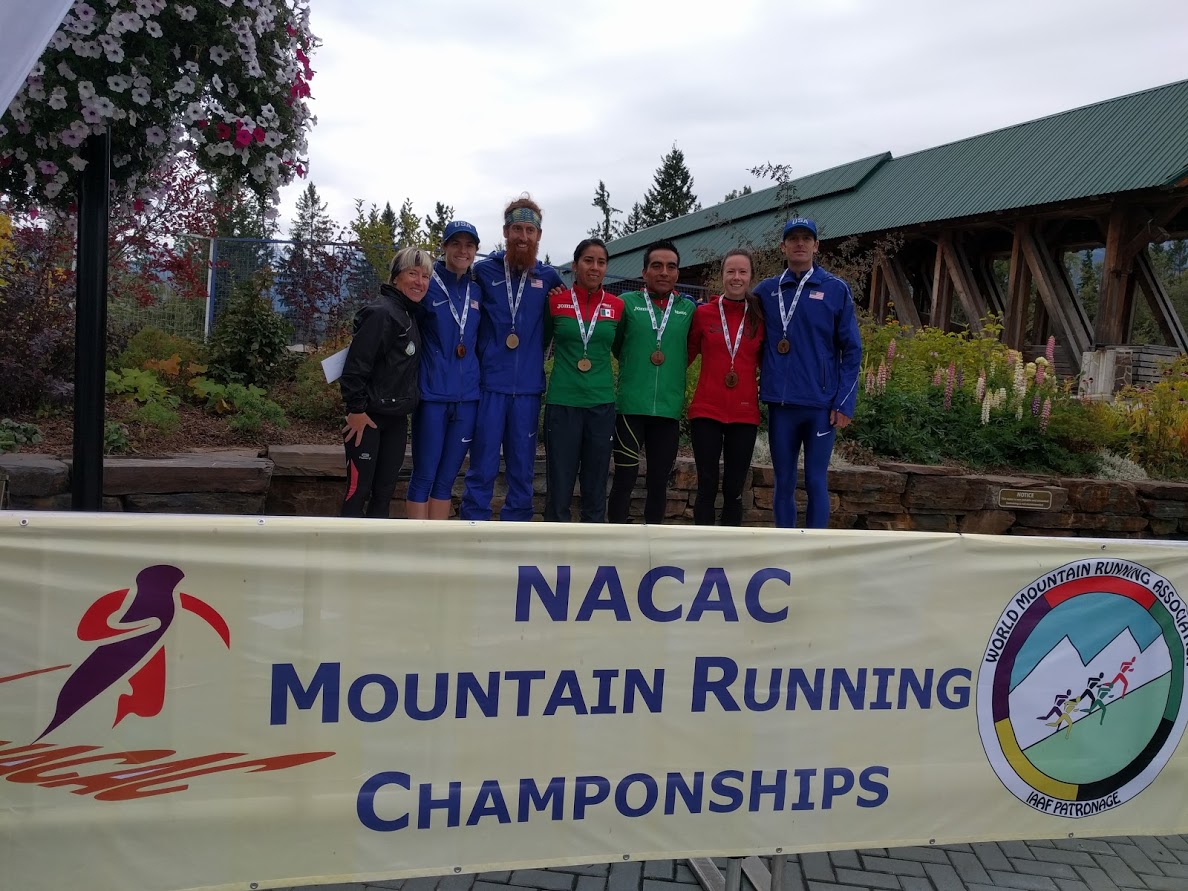 In previewing the course for this year’s 14th NACAC Mountain Running Championships, it was clear the times would be fast. With a start and finish in downtown Golden, BC, Canada, five kilometers of the 10.5K course was on pavement, or crushed limestone pathways. Throwing in sections of grass and a 5-kilometer loop on rolling and single track, the elevation gain was less than 400 meters.

On race day, Sunday, September 24, teams from Mexico, USA, and host country Canada, battled for podium honors.  The course did not disappoint and coupled with temperatures in the 40s under cloudy skies, the conditions were excellent for producing record times on the route. 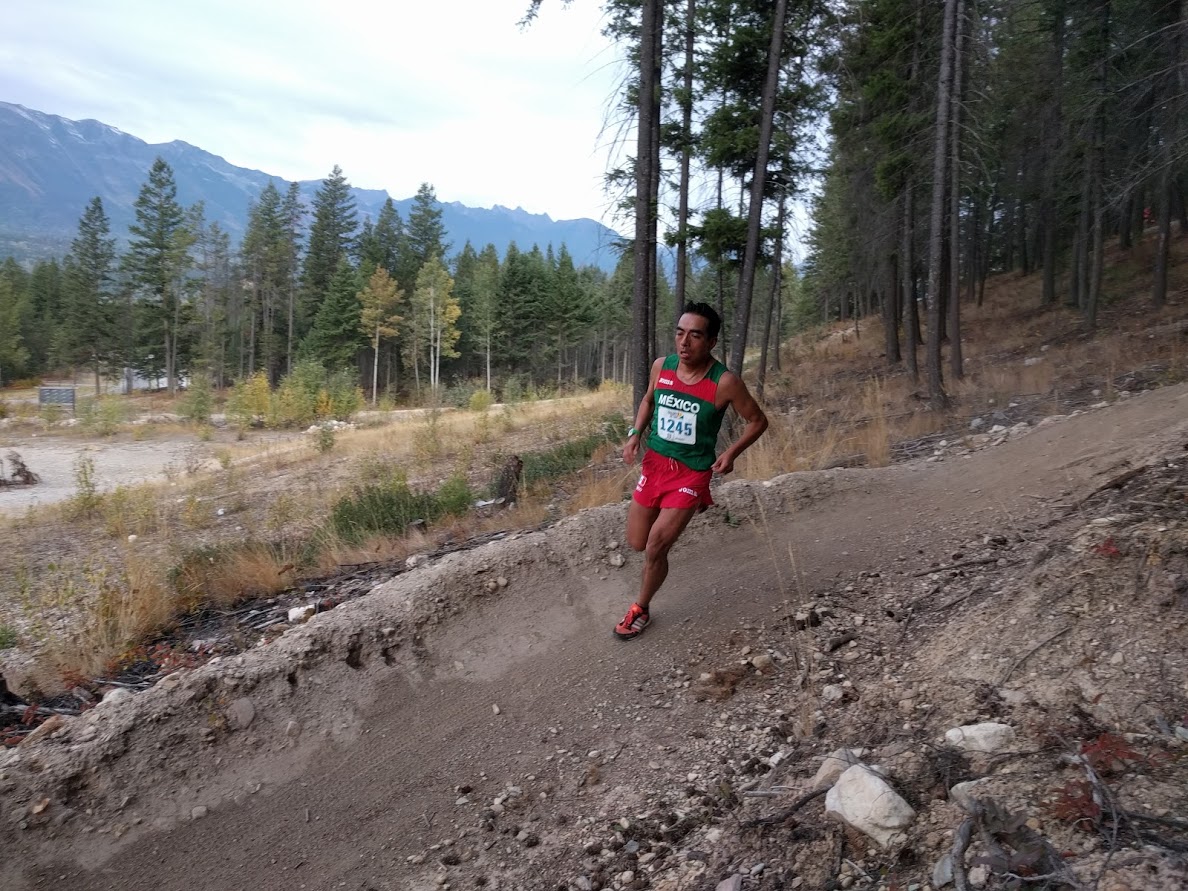 “The course was good,” said men’s champion Juan Carlos Caiera Casas (MEX) timed in 35:18. “It was not a like a typical mountain race, it was very fast.”

A group of five men including Casas, three Americans and a Canadian, took the race out and jockeyed for position through the streets of Golden. With 1.5 kilometers to go, Casas took the lead with Americans Mike Popejoy and Josh Eberly in pursuit just 10 meters back.

“I’m very happy to defend my title,” said Casas, who hopes to return in 2018 and earn a third consecutive NACAC title.

On the women’s side, there was intense competition up front with defending NACAC Champion Megan Roche (USA), leading for much of the race, while eventual winner Susana Bautista Villegas (MEX) waited patiently until taking the lead with four kilometers to go. “She went by me on the downhill like I was standing still,” said Roche.

In only her second NACAC event, the 25-year-old Villegas, bettered her finish from 2014 when she finished fifth. “I’m happy with the win,” said Villegas, who trains in the near her home in Aporo, Michoacan elevation 2000 meters. “I knew I would be a strong descender. I was alone from about four kilometers to the finish.” Her favorite part was the section of single track in the woods. 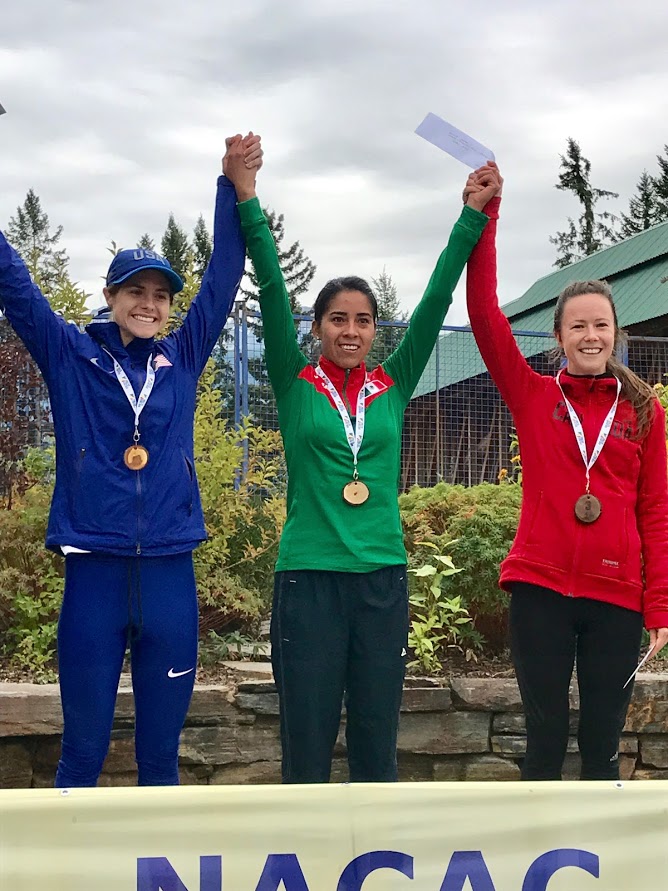 Prize money was awarded to the top three men and women with first earning $200, second $150, and third $100 (Canadian dollars).

Complete results from the Golden Ultra, host of the competition, HERE.