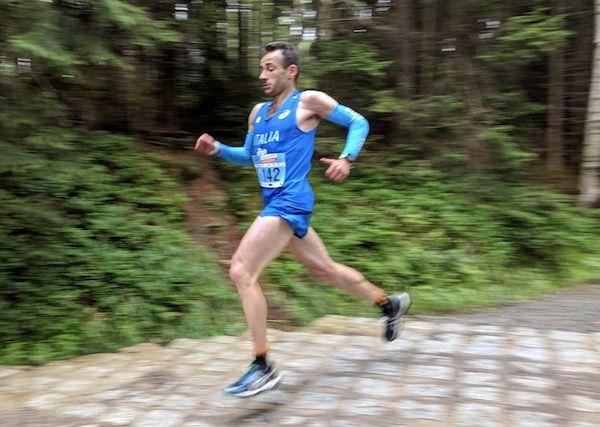 Rain & cold temperatures on Śnieżka Peak didn’t slow down the world's fastest mountain runners in Karpacz, Poland. Great Britain, Italy, Czech Republic and Austria all stand upon the top step of the podium after tackling the challenging 36 km with 2110 meters of climbing and descending.

A very dynamic men's race saw Andy Wacker (United States) lead for more than half the race before falling back near the Śnieżka summit. Passing Wacker while moving uphill fast and up in the running order, Alessandro Rambaldini (Italy) raced into downtown Karpacz in first place finishing in 2:39:18.  This is Alessandro's second Long Distance win having taken first place at the 2016 championship in Slovenia.  Robert Krupicka (Czech Republic) was never far from the lead and ended up second with a time of 2:40:55. 2016 World Mountain Running Champion Joseph Gray (United States) ran close to Wacker early in the race but ended up battling Robert in a near-sprint finish coming home with the bronze medal in 2:41:02; just seven seconds from silver.

The men's team race saw a close battle for the gold with the Czech Republic putting each of their three scoring runners a single place ahead of the United States' three scoring runners. In the end the Czech Republic won gold with 15 points with the United States taking silver with 18 points. Mountain running powerhouse Italy rounded out the podium taking bronze with 40 points.

“I did not expect to perform as winner, as the competitors were very strong. I did not follow the Americans in the first uphill, I didn’t want to take any risk and I tried to control. In the second uphill I caught up together with Krupicka and I find the resources to fly away in the long final downhill. To tell the truth I felt I was surrender towards Kopa, but in the end I tried my best and it was my winning strategy. It’s emotional to repeat the 2016 Podrbrdo success and to contribute to my team result!” - Alessandro Rambaldini (Italy).

"I had no expectations before the race and am I'm surprised by the win; it wasn't something I planned. I did take the lead on first descent before briefly loosing it due to calf cramps on top of second climb. I really liked the descents and went through the race feeling relaxed." - Charlotte Morgan (Great Britain).

Official championship results including team scoring can be found here.