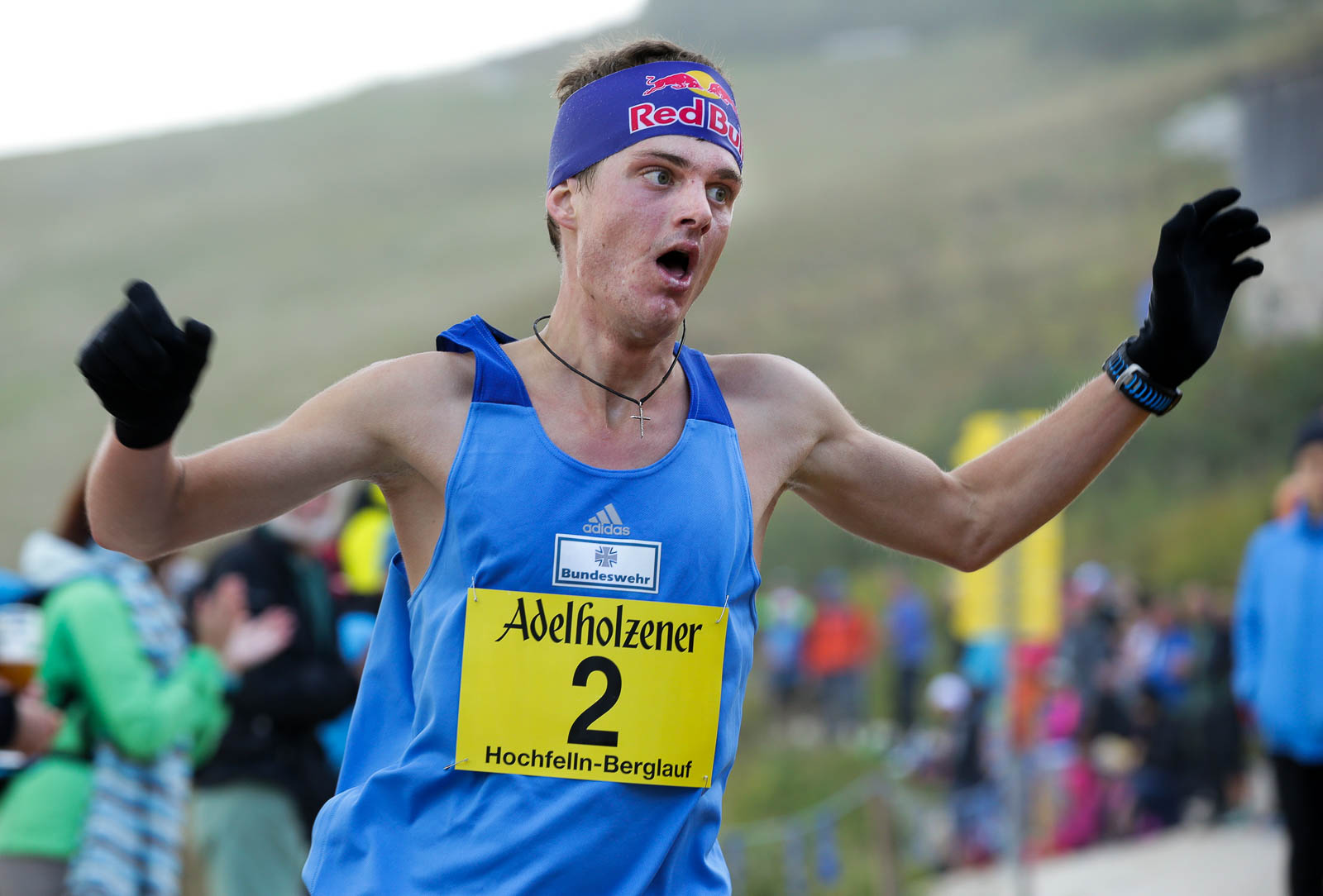 The sixth race in the seven-race WMRA Mountain Running World Cup took place on Sunday, September 24, in the Bavarian mountains of Southern Germany where the Hochfelln Berglauf hosted its 44th edition. The competition didn’t disappoint at this historic race, nor did the excellent cakes at the finish area!

It was hard a fought win in the men’s race for Antonio Toninelli (Italy) who proved once again that focus and specific training for a key objective brings the best result.  He had set the Hochfelln Berglauf as one of his major targets for 2017, and he took the title, comfortable in the end, with 45 seconds over local mountain runner and ski mountaineering athlete Anton Palzer from Germany.  Alex Baldacini (Italy) took the bronze medal and was a further 45 seconds back.

The race unfolded with a large group of 10 runners accelerating strongly up the first climb led by Eritreans Filmon Abraham and Yossief Tekle.  A second group of eight was in pursuit, a group which included eventual women’s winner Austrian Andrea Mayr, who immediately took a clear advantage from the start.  Toninelli applied consistent pressure up through the forest and eventually the field strung out behind him in single file.  The Italian never weakened and ran through for a great time of 42min 58s on this 8.9km 1074m+ course.

It was very exciting to see nine different countries represented in the top 16 positions and there was an excellent crowd cheering everyone on the track that zig zags up the steep mountain face.  Spectators could see most of the last half of the 9km track and watch the race unfold. Mayr made a bold attempt to break her own race record coming up short by a mere four seconds timed in 47min 32s.  Sarah Kistner and Michelle Mayr took the second and third places for Germany separated by about 30 seconds with a gap back to Pavla Schorna Matyasova in fourth.

World Cup standings for the women still sees Alice Gaggi (Italy) on the top going into the final race in the series to be held on Smarna Gora in Slovenia on October 7.  Mayr closed the gap, but is still 50 points behind with her win at Bergen, and Pavla, after finishing fourth in Bergen, is in a secure third position.  All three are on the start list for the final World Cup race in two weeks’ time.  The men's World Cup rankings will update later this week.

The local organisers put on a great event in Bergen and it is well worth having a holiday in the Bavarian mountains to enjoy over a weekend.  Runners travelled from as far away as Norway to join the race to experience a beautiful course and a true mountain challenge.  The hospitality that Bibi Anfang, who created the race 44 years ago, Jurgen Schmid and the LOC team makes the Hochfelln Berglauf one of the must-do off-road running events.

We look forward to the action at the finals on the Smarna Gora (Slovenia),  where, for the first time, men’s and women’s prize money in the World Cup will be equal.  This is an exciting and fast course looping around the Smarna Gora Mountain finishing alongside a medieval castle.  It will be another exciting Mountain Race to enjoy. 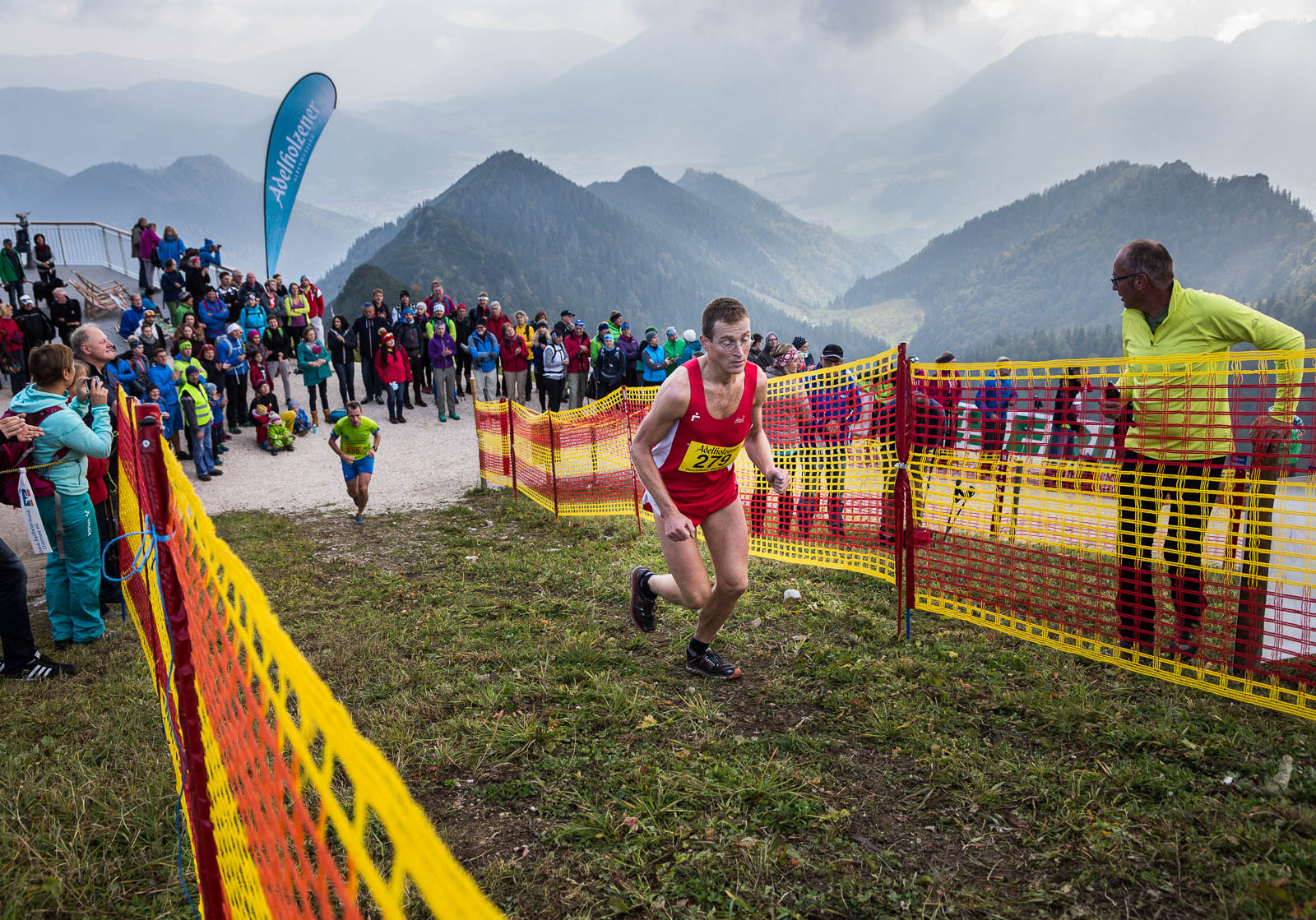