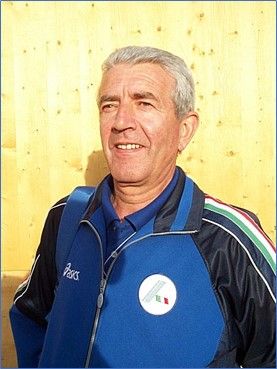 It is sad news to report on behalf of the Italian athletics family and the World Mountain Running Association family that today saw the passing of Raimondo Balicco, 18 March 2020.

Raimondo was working since before the beginning of our organisation for the Mountain Running movement and was a founding member of the ICMR on 29th of September 1984 that would later became the WMRA. It was Raimondo who was the Technical Committee member for the ICMR and he became a Council member for the WMRA from 1985 until 2013. Following his retirement from the WMRA he was made a WMRA Honorary member.

Adjacent to his role for the WMRA he was the long time manager of the Italian mountain running national team, a position he held from 1985 to 2012.

Born in Mezzoldo, in the province of Bergamo, Balicco worked for the Forestale (Italian Forestry Police) as an athlete before making his fundamental contribution to the development of Mountain Running in Italy and the World.

As the Manager of the Auzzuri blue Italian teams, he led them to numerous World and European successes. He also held the office of Mayor of his hometown.

The condolences of the WMRA Council members both past and present go out to the family of Raimondo Balicco, he was 77 years old.