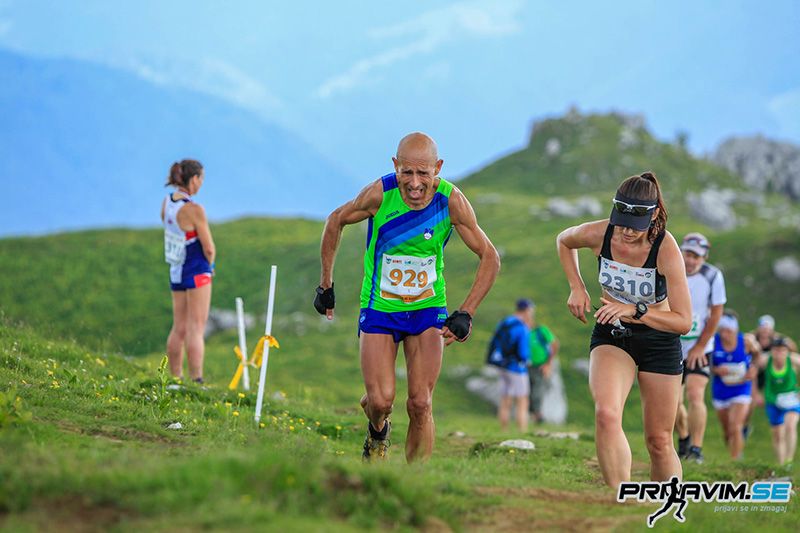 A picture-perfect day awaited the nearly 400 competitors at the 18th WMRA/WMA World Masters Mountain Running Championships in Zelezniki, Slovenia today.  See below for results and how to see your photos!

After several days of afternoon or evening rain storms, the weather held from the first race start at 10:00 a.m. to the awards ceremony later in the day. Even with clouds threatening at the summit of Ratitovec at 1678 meters, which served ast the finish line, the rains never came delighting both spectators and runners.

Of the 109 medals awarded, Italy netted the most with 33, 19 by individuals and 14 for team competition. Germany was second in the medal count with 15, nine individual and six team. Host nation Slovenia and came away with 11, four individual and seven team.  Of the 25 countries represented, 15 earned at least one medal.

Representing the WMRA were president Jonathan WYATT (NZL), secretary Tomo SARF (SLO), treasuer Nancy HOBBS (USA), and at-large member Wolfgang MUNZEL (GER) who also served as the technical delegate to the race. Said Munzel of the event, "Perfect organization, high motivation by all. The volunteers never looked stressed. It was a fantastic course. It was the first time at a masters championships that I heard no negative comments. It was a true mountain course."

The WMA was represented by Brian KEAVENEY (CAN), vice president competition, who said, "It was extremely well organized. The volunteers knew what they were doing. They were friendly and helpful. Coming to the masters mountain running championships is the highlight of my year. I like the raw ability of the athletes. That's what makes it exciting to me."

Also on site were nine members of the local organizing committe for the 2019 event which will be held in Gagliano del Capo, Italy, September 27-29. Luca SCARCIA and Eleanora d'AMORE from the LOC received the flag at the closing awards ceremony from Jonathan WYATT. A record number of competitors are expected at the event which features a beautiful seaside location on a unique and special course. The organizers are well experienced having hosted the Youth Championships (U 18) in 2017, and each year, the Italian Masters Mountain Running Championsips starting in 2003. The 2015 masters championships boasted over 750 competitors. Details will soon be available on a website dedicated to the event, but now, click HERE for news. 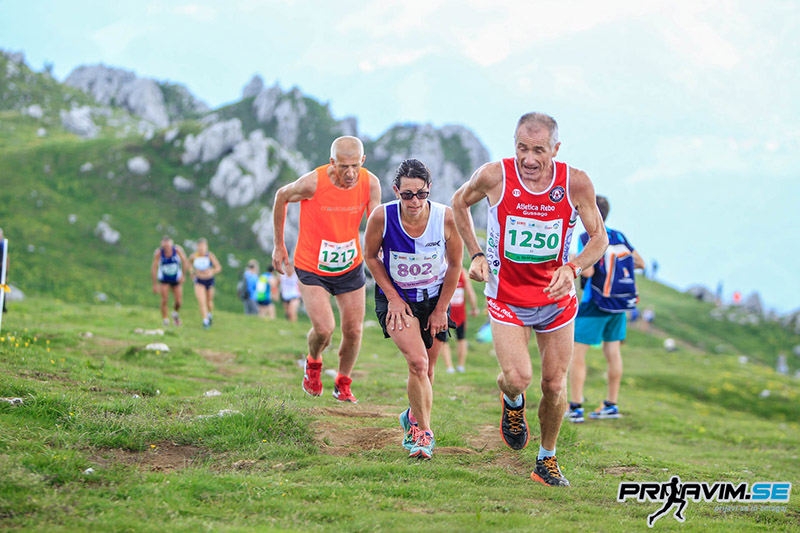 Complete results from today's event are available HERE.   Photos from today's race HERE. Special thanks to the LOC led by Brane ƒåenƒçiƒç. 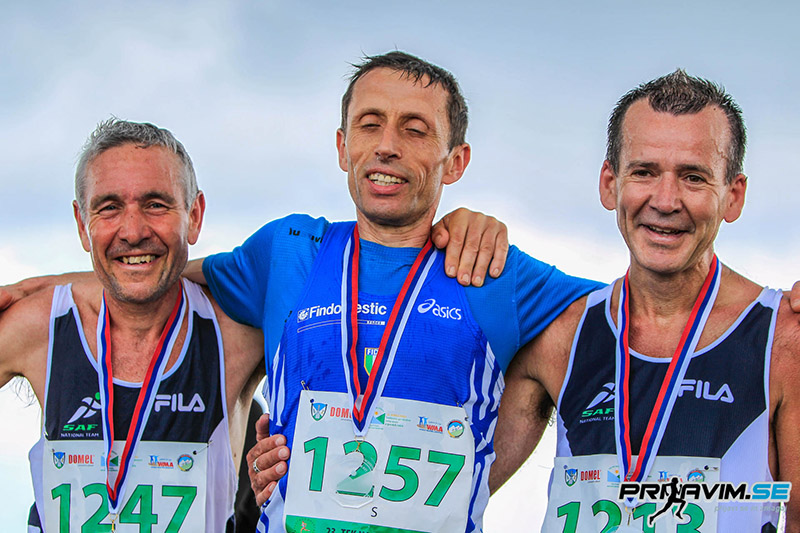