What an amazing finale to the World Cup of Mountain Running season!  The last race of the seven-event series was held on the Smarna Gora Mountain close to Slovenia's capital city Ljubljana, on Saturday, October 7.  The traditional autumn fog shrouded the start line and the forest trails were wet and slippery guaranteeing that the most-confident and best technical runners would excel.  Conversely, the finish at the mountainâ€™s summit was above the clouds in bright sunshine flanked by a medieval castle and a good crowd was on hand to cheer the near-record number of race participants.

In the men's race it was the young up-and-coming mountain runners that were too strong for the more experienced in the field.  As predicted, the new Norwegian star Johan Bugge was in the first group and made a strong start.  He broke away after 3km, just before the first climb taking Eritrean Filimon Abraham with him.  Out of all the top Italians racing only the young talented Ceseae Maestri could stay in touch, but he was still unable to close the gap on Bugge who looked in control on the downhill and recovered enough strength to power away up the second climb.

Bugge was fearless and spectators marveled at how he seemingly flew over the course, so easy and relaxed to win in a great time for this challenging 10km track of 42min 27seconds almost a minute in front of Maestri, who in the end, had a good battle to hold off the fast-finishing Abraham.

It was Czech runner Jan Janu who almost made the podium missing out by a mere four seconds to the Eritrean. The final 500metres of the race has a steep long straight climb through the last trees of the forest before the summit and it is here that the crowd shouts and encourages the runners as they give their last ounce of energy.

Two of the top Italians expected to be podium contenders (Bernard Dematteis and Alex Baldaccini) followed these top four showing that after a long season fatigue was starting to have an effect after so many hard races.  Then it was the first local runner Miran Cvet had a fine race coming home in seventh.  Rounding out the top ten was Martin Dematteis, followed by fellow Italian Alberto Vender from Trentino, and Scotlandâ€™s Ross Gollan.

The women's race unfolded as expected with Andrea Mayr (Austria) powering away by almost two minutes to take the win.  It was another course record for her by 24seconds.  She told the media afterwards that this yearâ€™s run made up for last year where she took a nasty fall during the race.  If anything, the conditions were more challenging for her this year given the wet and slippery surface, some mud and the falling autumn leaves. Mayr followed it up on Sunday with an incredible run at the Vertical Kilometre of Chiavenna (Italy) breaking the race record of Valantina Belotti there by two minutes in 35m54s and finishing with the 10th best time overall!

But back at the Smarna Gora, second place in the womenâ€™s race went to Norwegian Karoline Kyte Holsen.  She also had a comfortable advantage over third placed Pavla Shorna.  To many it was a surprise to see the Norwegians racing so strongly on the up and down and technical course. Seeing the talent of these two runners, we hope the Norwegian Federation will once again bring teams to the World Championship Mountain Running events as it is clear they have the talent to be podium contenders at World events. Alice Gaggi (Italy) was solid in fourth position, and this meant of course that the overall World Cup win was hers.  Consistency over the season is the key and she had enough points to take the advantage such that Mayr could not close the gap.

Thus, the overall title of World Cup Mountain Running Champion goes to Alice Gaggi with Andrea Mayr in second.  Pavla Shorna finished in third, with fourth going once again to Italy with Valentina Belotti. Although Great Britainâ€™s Sarah Tunstall amassed the same score as Belotti, the Italian won one of the races giving her the higher finish. 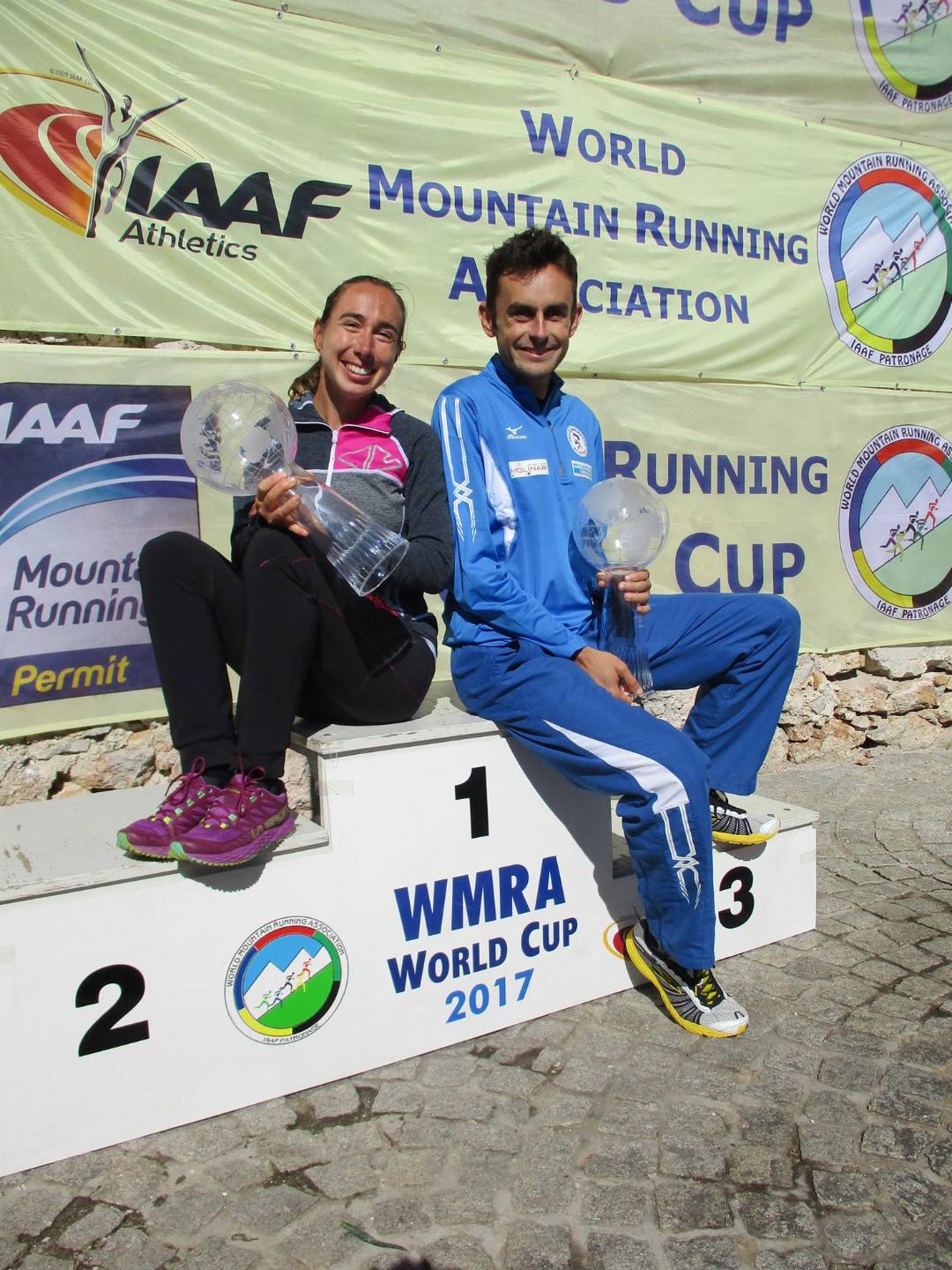 After Cesare and Filimon's excellent run at the Smarna Gora, they move into 6th and 7th respectively in the World Cup ranking.

Another Mountain Running season draws to a close, and resting out in the sun above the clouds in a castle in Slovenia was a fine way for the runners and all the supporters to enjoy the festivities and memories of a beautiful mountain running year... as well as make plans for the next!

Smarna Race Results and Final Rankings of the World Cup will soon be available HERE.